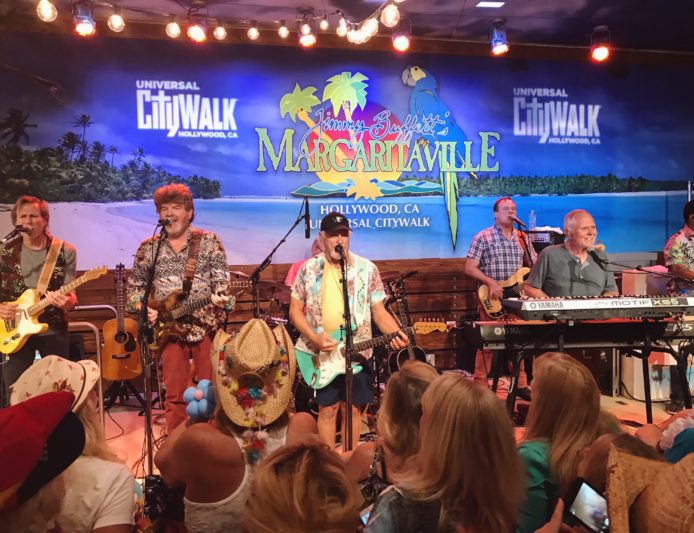 Author Heikki Larsen is the Production Coordinator for the Jimmy Buffett Tour, and the writer and producer of the official Margaritaville’s Podcast.

Last week Margaritaville took a step into the future with two 360 video broadcasts on Facebook Live.  The first broadcast was Jimmy Buffett’s performance at the grand opening of the newest Margaritaville at Universal CityWalk in Hollywood, CA, and the second was a live feed of the Bing and Bong Show, Jimmy’s live talk show on Radio Margaritaville with band director, Michael Utley, backstage at the MGM Grand in Las Vegas.  What does this all mean? More interaction, more fun and more Margaritaville at your fingertips!

It’s a technology that allows you to watch a video from your computer in 360 degrees, like you’re standing right where the camera is.  With the touch of your mouse to the screen you can turn your screen anywhere and the camera will show you that direction.  Portable devices allow you to move your smartphone or tablet and it will pan the camera in the direction of your screen.  Last week Facebook enabled this technology to their platform and thanks to the wireless video company, Teredek, Margaritaville was able to stream a live 360 video feed to Facebook for the first time. 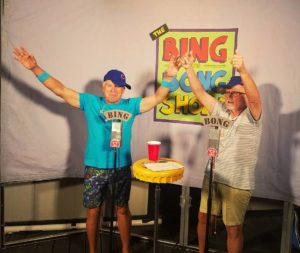 We want to make you, and all our fans, feel like you’re part of the party.  We want to take you to tropical locations, Jimmy’s concerts and everywhere Margaritaville takes us, so you can experience even more of what you love, Margaritaville. During live broadcasts you can write questions, and get answers, in real time and follow along as we take you to tailgates, stages, tour buses and the Bing and Bong Show. We may have some wipeouts along the way with this VR system (consider this our new surfboard), but we promise to do our best to bring you along for the ride.