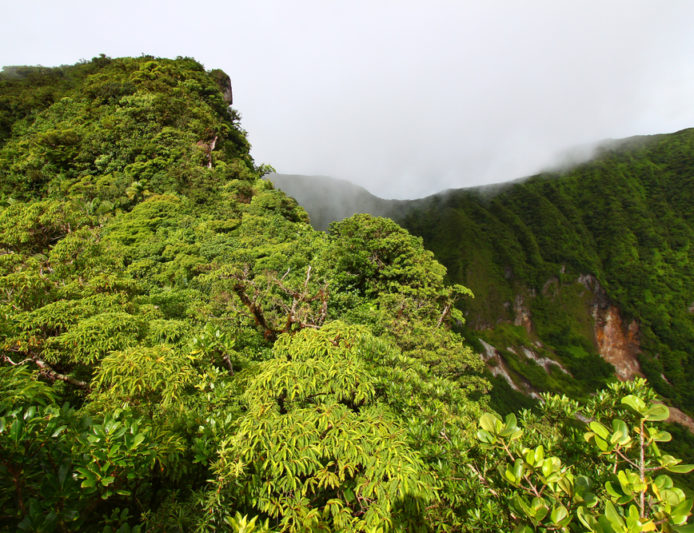 If island adventure is your jam, lace up your boots for a volcano safari up Mt. Liamuiga on St. Kitts.  On the journey that takes you nearly 3,000 feet above sea level, you’ll pass through some of Mother Nature’s most beautiful ecosystems including woodlands, rainforest, and a rolling cloud forest. The beverage of choice for this trek: water, and lots of it!

St. Kitts & Nevis were a British colony until the early ‘80s. When they declared independence, the name of the massive volcano there was changed from Mount Misery to the more charming Mount Liamuiga meaning “fertile land.”  Some may say the former name might be a bit more fitting as the trek up (and down) is no walk in the park!

Greg Pereira, a fifth generation Kittian, grew up on the island and has been guiding people up nature’s (very steep) staircase to the volcano’s rim for over a quarter-century.  Here are some of the journey’s highlights:

So, grab a walking stick, “camel up” (that’s hiking jargon for drink lots of water) and check this hike off your bucket list – you won’t be disappointed.