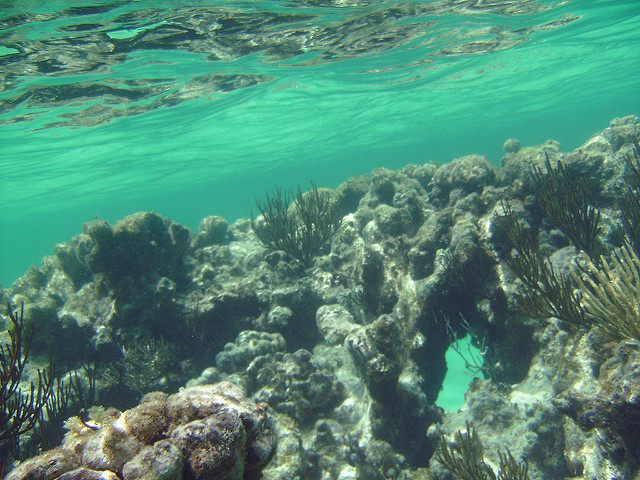 Are you a diver or snorkeler with a pirate’s heart? If the answer is yes, there’s only one place for you to go: Anegada’s Horseshoe Reef. The largest in the Caribbean, this eighteen-mile-long reef lurks just beneath the crystal clear Atlantic waters surrounding Anegada and its tunnels and caves are home to—you guessed it—buried treasure. Or, to be exact, wrecked treasure.

The hard-to-spot (from ships, that is) reef has claimed over 300 ships and not all the wrecks were coincidental. In the 18th century, sneaky pirates once lured ships straight into the coral by moving navigational lights to throw sailors off guard. Once ships were going down, the clever bunch of buccaneers would raid them in search of treasure and hide their stolen booty safely in the reef’s many small caves. Of course, like all good treasure stories, local rumor has it there’s still nearly a billion dollars worth of treasure from old Spanish galleons unaccounted for on Anegada’s reefs. Yowza. If that’s not a reason to go… we don’t know what is.

And while you’re exploring the reef’s countless holes, caves, and twisted passageways for bits of glimmering gold, don’t forget to stop and appreciate the coral’s other riches: all the sea creatures! Given its massive size and cozy warm waters, Horseshoe Reef is home to, well, just about everything. Expect to see parrotfish, sea turtles, nurse sharks, mantis shrimp, horse eye jacks, barracuda, and possibly even a squid or two hanging out around the reef’s huge forests of sea fan and elk horn.

Whether your haul of treasure at the end of the day includes gold or not, you’re going to leave horseshoe reef feeling like the richest pirate around (and the hungriest).

Keep up the pirate vibes after your adventures at the reef with a heaping plate of fresh-caught barbecued lobster from local hot spot, Lobster Trap. Pair your plate with a rum-packed Painkiller and sink into pure “yo, ho, ho” bliss.