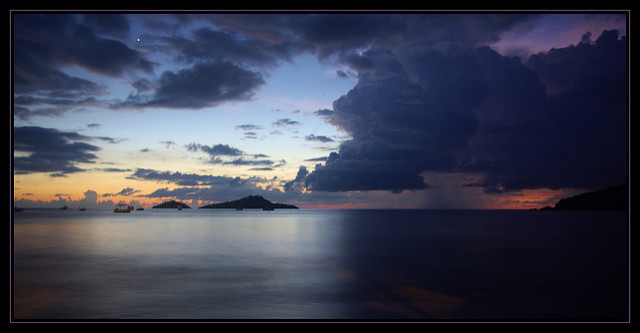 We humans have explored less than 5% of the ocean, which contains over half of all life forms on earth: an entire world waiting to be discovered. Let’s dive into the calm Caribbean waters for an underwater spectacle that will forever change the way you look at the ocean: Cousteau Underwater Reserve.

This underwater paradise is in Guadeloupe, at Pigeon Island just off the west coast of Basse-Terre. Named after the famous French explorer, Jacques Cousteau, it’s one of the world’s greatest diving spots. Not an experienced diver? No problem, there’s something to be enjoyed by beginners and experts alike.

The reserve is divided into three areas: the Coral Garden, the Pool and the Aquarium. At the Coral Garden, you’ll find a bust of Jacques Cousteau on the ocean floor, lobsters roaming at a slow pace, and turtles enjoying an afternoon meal.

Not thrilling enough for you? Head over to the Pool, where you’ll find barracudas making the rounds. But fear not — as long as you’re not wearing any shiny objects, you could end up making a new best friend. Barracudas are known to exhibit territorial behavior with humans, so in some cases, they’ll swim next to you keeping guard, and if any fish is dumb enough to cross your path, your new watch-fish will strike it down.

Not interested in having a deadly predator as your new BFF? Swim over to the third area of the Reserve, the Aquarium, where a beautiful waterfall tumbles 50 meters. It’s home to huge barrel sponges, massive spider crabs, fire coral and a stunning display of shapes and colors on three separate levels of reef.

If all that exploring leaves you hungry for more diving, three shipwrecks have been deliberately immersed in the Cousteau Reserve. We may never know all the wonders of the ocean deep, but in the words of Jacques Cousteau, “The sea, once it casts its spell, holds one in its net of wonder forever.”