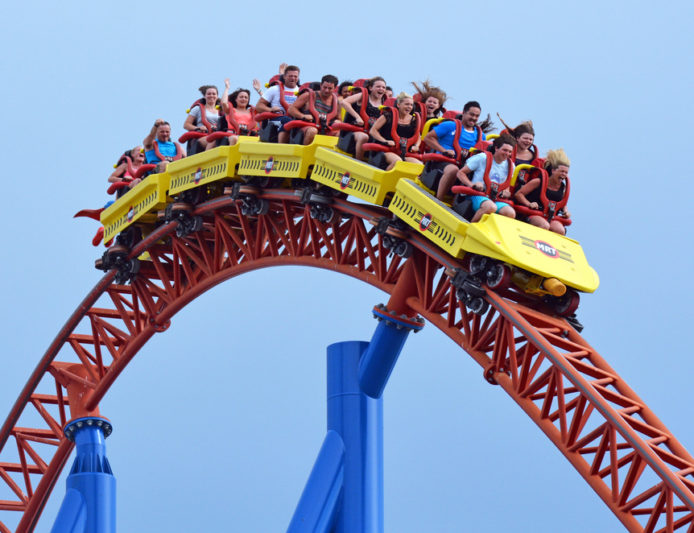 Some people fantasize about white sands and palm trees; others dream of only one thing… roller coasters. And while many of us have visited the neighboring Elitch Gardens or have taken a family trip to Disney World, the rides mentioned here are taller, faster, and more terrifying than anything else out there. Let’s go. 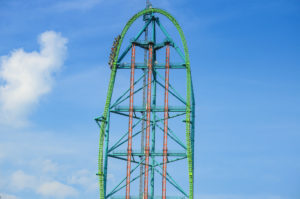 Standing at 456 feet, this roller coaster is hands down the tallest in the world. The ride reaches a max speed of 128 mph and, wait for this —  a 418 foot drop. How’s that for an adrenaline-boost?!

If being a Formula 1 Race car driver is a fantasy you haven’t quite let go, don’t lose hope because this could all change. Spanning a distance of 1.3 miles in 90 seconds at a speed of 149 mph, this ride rivals the speeds and g-forces seen on most race tracks.

Picture this: you have just accelerated from 0 to 70 mph (in less than five seconds), and now are about to head straight into a record-breaking 160 ft tall vertical loop. Add in a couple more high banked curves, dive loops, and tunnels and, well… you get the idea. Don’t eat a big meal before this one.

Over 4,000 feet long and seven inversions deep, this ride is the world’s longest inverted roller coaster. Still following? In other words, your harness is attached to the wheel carriage and your legs are dangling in the air. Eek.

Known for its strange combination of loops as well as vertical, horizontal and 360 degree twists, this ride packs in one wild punch. Throw in a couple of zombies and vampires and you too will be screaming in no time!

Three words, folks: 121 degree drop. Now consider the seven major twists, 1000 meters of track (all at a speed of 62 mph, of course), and you may be in for the most terrifying two minutes money can buy. The park sits at the base of Mount Fuji, so do try and appreciate the view while you’re there!