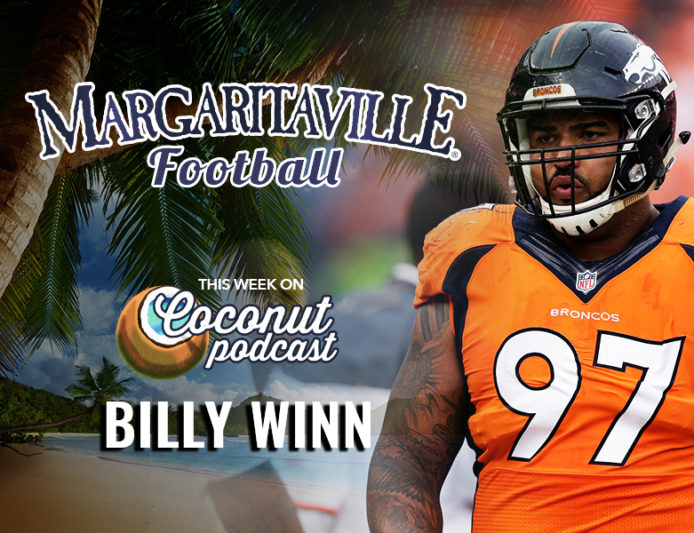 The Real Football Network is escaping to the Margaritaville state of mind for the Coconut Podcast called Margaritaville Football. As Jimmy Buffett’s tour traveled across the country this year, production coordinator Heikki Larsen sat down with football personalities to talk sports, music, living the Margaritaville lifestyle and more. Heikki’s guest this week is Billy Winn, defensive end for the Denver Broncos. Learn more about Heikki’s time with Billy here…

Billy Winn is a young, journey man. He’s been in the NFL for 4 seasons and he’s already on his third team with the Denver Broncos. It’s a fitting place for him to land because in college he was a Bronco at Boise State. He was drafted by the Cleveland Browns in 2012, traded to the Colts in 2015, but spent the year on Injured Reserve. This season he signed with Denver and had a chance to showcase his skills under a Wade Phillips led defense.

I was told Billy was very personable and would be great for an interview. As the 6’4, 300lb man walked into the room and shook 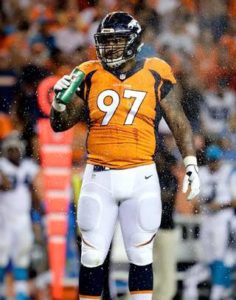 my hand I thought he’d also be great for a personal security guard. I introduced myself and he immediately asked me if I worked for Radio Margaritaville. Consider the ice broken! Billy is a big fan of our station on SiriusXM and it’s one of his favorites when he takes his annual road trip. He loves the positive vibes that come from Radio Margaritaville, saying it brings the best out of him.

He grew up in Las Vegas, and thanks to great parenting, he survived Sin City. Skate boarding, not football, was his first love as a kid. He skated for 10 years before stepping on the football field in school. I asked Billy if he still wanted to skate and he replied, “Absolutely not. This body could not handle falling off of a skateboard ever again.” His athleticism even took him to run track and field in high school. He weighed 260 lbs and managed to compete in the 100m and 200m sprint. Look out running backs! Look out anybody!

NFL players don’t get much down time during the season and when they travel to away games it’s even more locked down. Meetings and team meals at the hotel fill up most of their day, so the only time that’s left is used to study the game plan or watch Netflix in their room. Billy told me all players have bed checks and we shared a good laugh about that. I can’t imagine roadies having bed checks. Bar checks more like it. 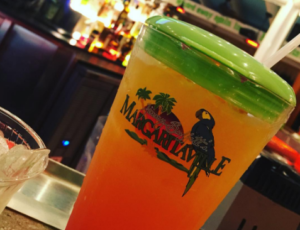 When Billy returns home to Vegas to visit family he enjoys walking down the strip to see if anything new has arrived. He always stops by Margaritaville to pick up an extra large daiquiri or pina colada to take on his stroll. He’s got a tremendous burger recipe that he shares on the podcast, and I think it’s influenced by his father’s career as a chef at the Gold Nugget. It’s the first time I’ve heard of putting Sriracha on a burger, but I’m going to try that next!

Listen to some shared stories, recipes and laughs with Billy…right here on the Coconut Podcast!