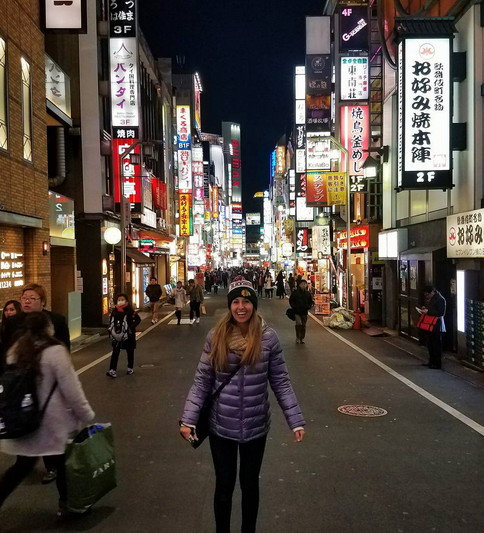 Ahh land! I thought seeing Hawaii was exciting, but after being at sea for 12 days straight, Japan was a relief. There’s nothing wrong with life at sea, but the anticipation was building up. Our first real port was Kobe, Japan. As we approached the port we were greeted by a water show that was followed up with a balloon release and live marching band.  What a way to be greeted! This set the stage for what would be an energetic next five days. I traveled in a group of six people total. Our ambitious traveling plans started in Kobe then Tokyo, Kyoto and back to Kobe. There was constantly something going on, but, for the sake of time, I’ll share the highlights from my trip. I’ll include suggestions for anyone who plans on traveling to Japan in a short period of time. 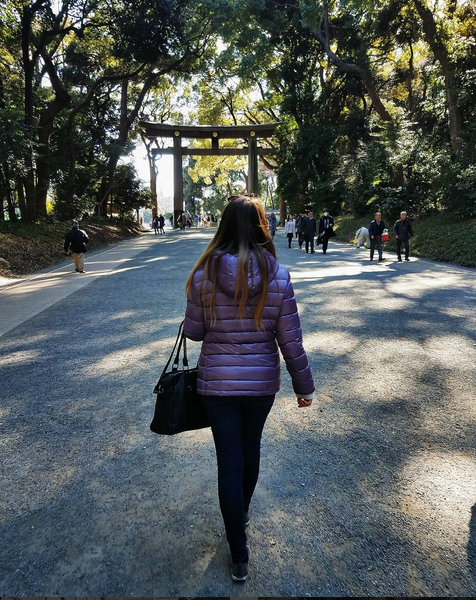 To start it’s important to bring up a critical topic: bathrooms. We were told that the toilets were nice in Japan, but I did not expect a heated toilet seat (with a built in bidet), privacy music AND deodorizer. Who knew going to the bathroom could be so fun?! But be cautious because some toilets are squat toilets and definitely do not come with all those luxuries. I’d recommend bringing toilet paper just in case.

The transportation in Japan is extremely well developed and easy to use. We mastered the bullet train, subways and bus systems in a span of five days. The subway will take you pretty much anywhere you want and you can buy a ticket upon arrival. Even the bullet train allows you to purchase tickets upon arrival. We took a three hour bullet train from Kobe to Tokyo. Not only is the train comfortable, but the view is worth staying awake for. We passed through various cities, countrysides, a snowstorm and Mount Fuji! The hardest part about the public transportation is trying to find the exit from the stations. We spent at least ten minutes at every station trying to find the way out. But hey, it’s a learning experience.

Arriving to Tokyo marked the true start of our adventure. We began by searching for a place to eat dinner. We chose a restaurant called Buck Shot and quickly realized it was actually a bar. No food was served but as soon as we sat down we were served warm napkins to clean our hands with. We looked at the menu (all in Japanese) and erupted in laughter. We had absolutely no idea what to do in this situation.  Being typical college students, we did what we do best…order random drinks and hope for the best. We were served a variety of drinks including beer, tomato juice and some tropical drinks. They weren’t margaritas, but they’ll do. Something to keep in mind is that most restaurants and bars will charge you a “table fee.” It’s essentially an extra tax to help cover the tip, since it is considered rude to tip in Japan. Although there was a language barrier between our server and us, we were able to communicate that we were looking for a place to eat dinner.

Our server then walked us to a restaurant down the street and waited until we were seated. This was the first of many times that someone dropped everything they were doing to walk us to our destination. The kindness of the people I met in Japan was overwhelmingly positive. I never thought a big city could have such nice people!

After dinner we went to the the Ropinjo district. All the Japan travel guides said it was the was some of the best nightlife in Tokyo. Considering it was a Tuesday night, most of the bars were empty expect for one, Jumanji 55. We spent the rest of the night there and then walked back to our hotel. We had a big sight seeing day planned so we wanted to at least get three hours of sleep (yeah… I know). If you only have a few days in Tokyo I suggest visiting the Meiji Shrine, Shibuya Crossing, Genki Sushi Restaurant, the Tokyo Federal Government Building, Golden Gai, and the Tsukiji fish market.

The Shibuya Crossing is the busiest crosswalk in the world. It’s the most disorganized but at the same time organized thing I have ever seen. There are people coming in from all angles but somehow when that light turns red, everyone is safe on a sidewalk.

Near the crosswalk is a sushi restaurant that serves its food on a conveyor belt. There’s a touch screen menu at your seat where you place your order and within a few minutes your food appears in front of you. This was my first time eating sushi and it was well worth the 21-year wait! I’m not sure what they put in the sushi but it left all of us in such a happy mood. We visited the Tokyo Federal Government Building for the free observation deck. It was when I saw the city from up above that I realized how giant the city actually was. It stretched for miles and miles. We watched the sunset here and headed toward the Golden Gai district. This district is what I imagined Tokyo to be like.

At night, the city lights up in neon and overstimulated is the only word to accurately describe how you feel. The combination was mesmerizing and it was hard to believe that not only this was real life, but that I could be so happy. The reality of the voyage may never fully hit me, but as long as I can feel that type of happiness in every port I’ll be content.  That night we went out to a club with other Semester at Sea students and directly from the club we headed toward the world famous Tsukiji fish market. Although we arrived around 4:45 a.m. we were too late to see the tuna auction. It was still really cool to see the hustle and bustle of setting up the market so early in the morning. We headed back to the hotel and got a nice two hours of sleep in! The next day we hoped on the bullet train to the city of Kyoto.

Kyoto gives off entirely different energy than Tokyo. Whereas Tokyo is big city, Kyoto has a big focus on the historical temples. We traveled to various different temples, all of which were gorgeous. The highlight of Kyoto, besides finally doing karaoke in Japan, was the Iwatayama Monkey park in the Arishayama district of Kyoto. We kept calling it Monkey Mountain because it was just that- a mountain overlooking the entire city with a bunch of monkeys everywhere. For a few bucks you could purchase peanuts and apples to feed the monkeys. The monkeys 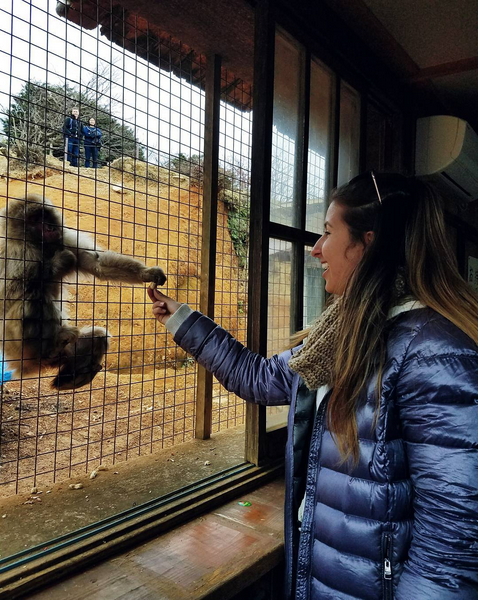 would stick their hands out at you knowing that you had food. They’d instantly eat it and stick their hand back out. Once again I had a difficult time believing this was real life. I thought about my home university and how I could be sitting in a lecture hall somewhere but instead I was in Japan feeding peanuts to a monkey. My life is bananas. To top off the busy day, we traveled back to Kobe.

Did you really go to Kobe if you didn’t eat Kobe beef while you were there? The first stop once we got out of the train station (which we finally figured out how to exit) was a restaurant called Steakland. The name did not disappoint as we treated our exhausted selves to some savory Kobe beef. The last full day we spent wandering around Kobe with no specific plan. It was nice not having a hectic schedule for the day. We went to Chinatown and accidentally spent all our money on souvenirs. A major lesson was learned that day: make sure you have enough money to get back to the ship. Luckily we ran into two other Semester at Sea students who gave us some spare change so we can take the subway back to the ship. Life is just one great big learning experience.

I wish I could go into detail about every person I met in Japan who filled my heart with kindness, every moment we experienced a language barrier, and every time we got lost in the subway station, but that would be an extremely lengthy blog. I hope you enjoyed reading a brief summary of my lovely time in Japan. I’m already trying to plan my return!

Arigato Japan! In two short days we will be arriving in Shanghai China.

Thanks for reading and Fins Up!