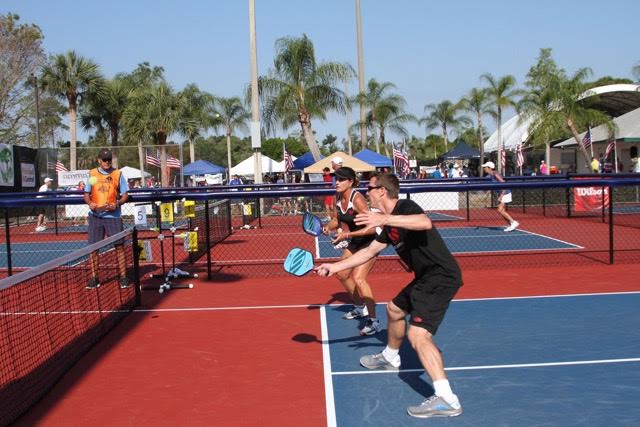 Have you heard of Pickleball? Fitting perfectly in the Margaritaville lifestyle with a “workin’ and playin’” vibe, Pickleball is a paddle sport that combines aspects of ping-pong, badminton and tennis to form a game that is open to all ages and ability levels.  The sport can be played year-round on indoor or outdoor badminton-sized courts with a net slightly lower than a tennis net. Like most sports pickleball has its own lingo, so you can brush up on all the terms here. 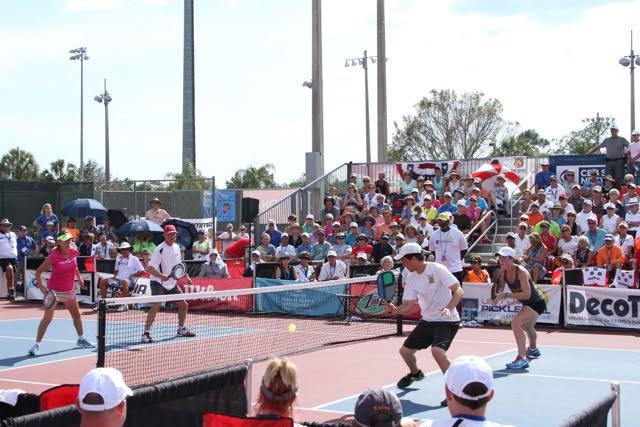 Players use a solid paddle to keep the plastic ball going back and forth over the net.  Pickleball is played across the United States and in many countries all over the world.  Today, the sport is one of the fastest growing sports in America.  More than 2.5 million people are involved in pickleball worldwide and 76 new locations are added per month.  Now you may be thinking, why is it called pickleball?  Well, the creator of the game had a dog that loved chasing the balls and running away with them.  The dog’s name was Pickle…and the name pickleball stuck!

So just how do you play pickleball?  Here is a brief overview so you can be prepared before stepping out on the court: 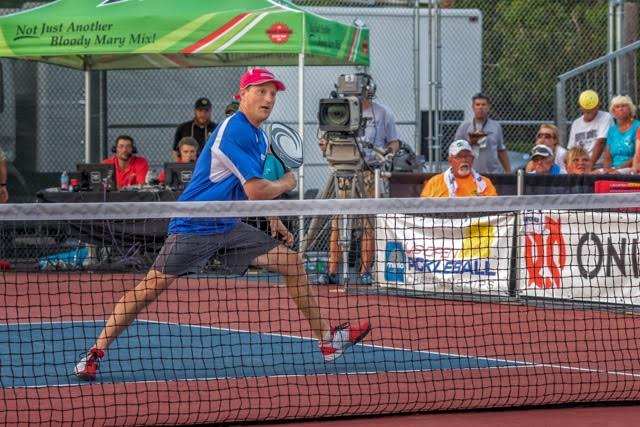 The largest pickleball competition in the world, the Minto U.S. Open Pickleball Championships, is held in beautiful Naples, Florida later this month.  Almost 1,300 participants will be competing across various age and skill levels, with Pro and Senior Pro players competing for more than $35,000 in prize money.  While this year’s event is full for participants, spectators are encouraged to attend…not only to watch the best players in the world, but also to experience the U.S. Open Village, Expo Tent, LandShark Beer Garden, food vendors, live entertainment daily,  and more!  Margaritaville is a proud sponsor of the Minto U.S. Open Pickleball Championship and will be hosting the License to Chill VIP Lounge.

Now that you know the basics and hopefully have a new found love for pickleball like us, make sure to check out a court near you!