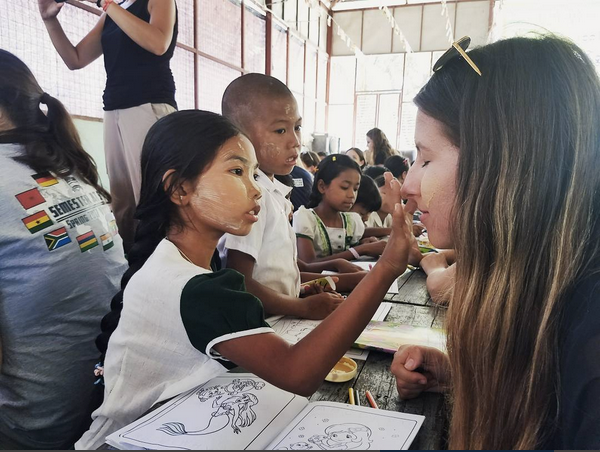 Leaving Myanmar officially marks the halfway point of my voyage. It’s hard to grasp how quickly time is passing. At this point of the voyage it is clear students are experiencing the “life-changing moments” we used to joke about at the beginning of the voyage. Myanmar is the country most students knew the least about, including me. I hated not 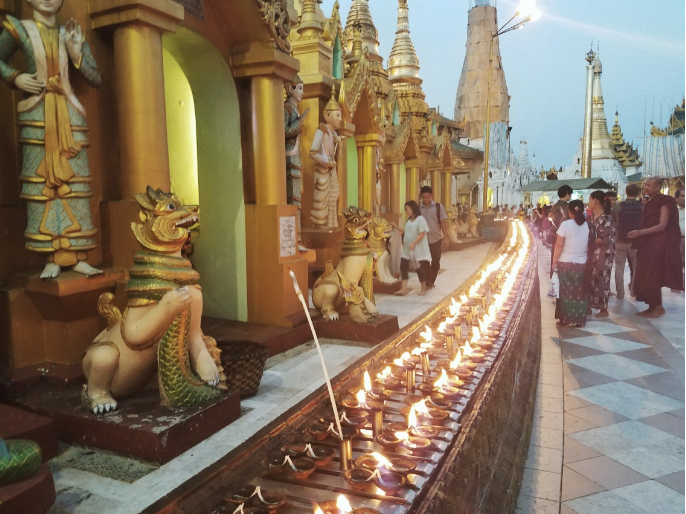 knowing anything about a country I would be visiting so I did some research before the voyage. Myanmar used to be named Burma and the people and language are referred to as “Burmese.” The country has a history full of government conflict, human right violations and poverty. Within that history is the inspiring story of Aung Sung Su Kyi, also known as the Lady, who is a symbol of perseverance, equality, democracy and the people. Throughout our voyage we weren’t ever 100% we would end up going to Myanmar due to recent conflicts in the country, but we did. It exceeded every expectation I had and makes my heart so full thinking about my time there. 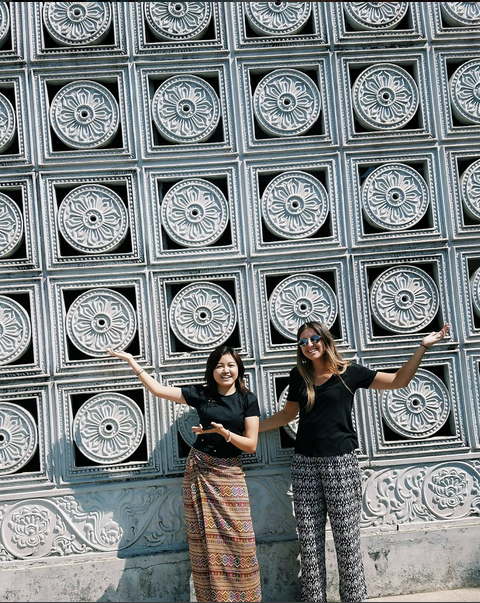 So what did I do in Myanmar that makes my heart so full? It’s not what I did that made my time so special there, it was the people I met. One of the classes I am taking on board had a field class the second day. We went to the University of Yangon and met with university students. I love meeting new people so I was excited about the class, but I didn’t expect the students to leave such a lasting impact on me. We may live across the world from each other, but by the end of the day it was hard to point out major differences between us. I spent time with a girl named Bo, who loved listening to the same music I did, edited her photos with the same app I did, and liked the same fashion I did. I was blown away at how easy it was to connect with these students on a personal level. The following day I met up with two other students from the University of Yangon, Su and Khinmon, and spent the entire day with them. The conversations flowed easily as we explored the city together. We talked about everything from the classes we are taking, to our “dream men” and then of course celebrities. We followed each other on social media and with that simple action we are connected for forever. 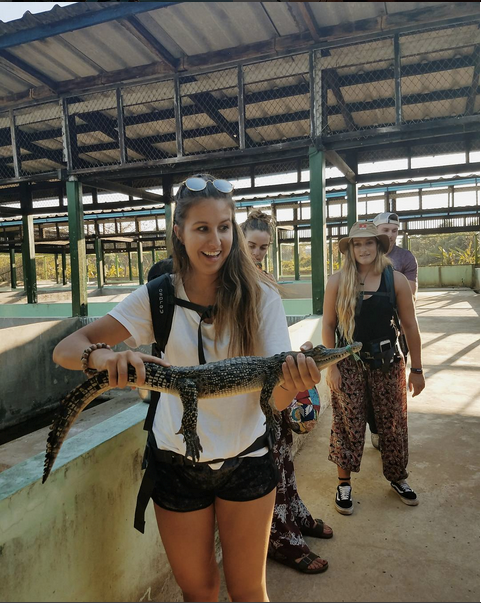 The city of Yangon is a city full of evidence  that the country is in a time of transition.  Next to the new modern shopping malls are crumbling apartment buildings that have been around since British colonial rule. The visible poverty is contrasted with the elegant gold covered Shwedagon Pagoda, one of the most famous Buddhist monuments. The most shocking contrasts I experienced was that of the people. When you enter a country only hearing that it is poverty-stricken and dangerous, a single story is created about the Burmese people. That single story sets the expectations very low for the Burmese. I was utterly blown away at the kindness, joy, passion and giving nature of the people I met in Myanmar. They are truly the nicest people I have ever met. They are called the worlds’ most “smiley” people and that is so true. Given everything the country has faced in its history, the people don’t have a hardness to them that you may expect. The happiness of the people can be explained in two phrases that I heard during my trip.

“The secret to staying young is staying happy and smiling.”

“If we have food today, we are happy. We do not worry about tomorrow.”

The essence of these statements are about living in the moment, being present and being happy for what you have, not what you lack. How incredible is it that I get to share that message with all of you?

Walking around the city you are bound to find some cool places, like Chinatown, People’s Park, Myanmar Plaza and Inya Lake. I wanted to explain two places I visited in a little bit more detail, as well as one Semester at Sea program I participated in.

The Shwedagon Pagoda is a must see. It’s the  largest pagoda and words cannot describe its  beauty. Even the University of Yangon students said that every time they see it they are overwhelmed by its beauty. I visited it twice, once at sunset and once at night time and both were equally breathtaking. Everything is covered in gold and there is a peaceful energy here.

The last day I spent in Myanmar I participated in a Semester at Sea organized program that took us to a nearby village, Thanlyin, and the Su Htoo Pan Orphanage and school. After already having a life-impacting last few days, this trip was the perfect end to my time in Myanmar. We spent time coloring with the children, playing with balloons, playing real football (not American football) and just spending time with them. Throughout the week I have picked up some phrases in Burmese and when I said them to the children all I got was a blank face. I kept trying different phrases and pronunciations hoping they would understand. Finally the word that broke the language barrier was “la par to”, which means “beautiful”. I kept repeating “la par to” to one of the the girls and when she finally realized what I was trying to say, her face lit up. Eventually, I learned that she was 8 years old and she applied a traditional natural makeup/sunscreen, called Thanakha, on my face. Words can’t describe how it felt being able to overcome the language barrier and develop friendships with these children.

I leave Myanmar with a joy that I’ve truly never felt before. It’s a joy that makes me feel so whole. Speaking with other Semester at Sea students it’s clear that they are feeling the same way. No one can put it into words, but you can see it in everyone’s eyes. I’m excited to see what the other half of our voyage will bring.

Thank you for reading and Fins Up!