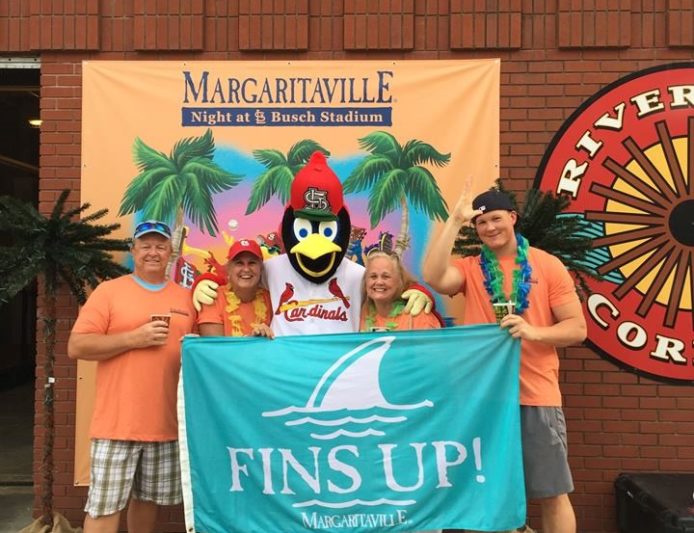 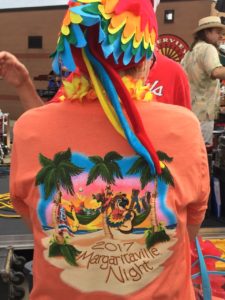 The second stop on the Margaritaville 2017 ballpark tour was a familiar one – Busch Stadium, home of the St. Louis Cardinals. The Cardinals hosted their first Margaritaville Night last season…and this year’s party was just as fun and energetic as we, Fredbird and the great fans of St. Louis, remembered.

Just like our recent Margaritaville Night in Boston, the day started off cloudy with some rain in the forecast, but it was nothing but sunshine and smiles when The Boat Drunks took the stage for their pregame concert. A crowd of 3,000, most wearing their favorite island-inspired Cardinals gear, surrounded the stage, singing, dancing and cheers-ing their way to the first pitch.

On the diamond, it was a back-and-forth affair, with the Pittsburgh Pirates taking the lead in the 9th inning and earning the 4-3 victory. 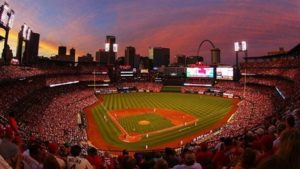 For everyone in Redbird Nation who wants to stay in the Margaritaville state of mind, Jimmy Buffett will be in town on July 6th for a concert at the Hollywood Casino Amphitheatre. And, if you’re looking for the ultimate St. Louis doubleheader that day, head to Busch Stadium for the Cardinals 12:45 p.m. game vs. the Miami Marlins before heading to the show.

Still on Deck for the Margaritaville baseball tour: