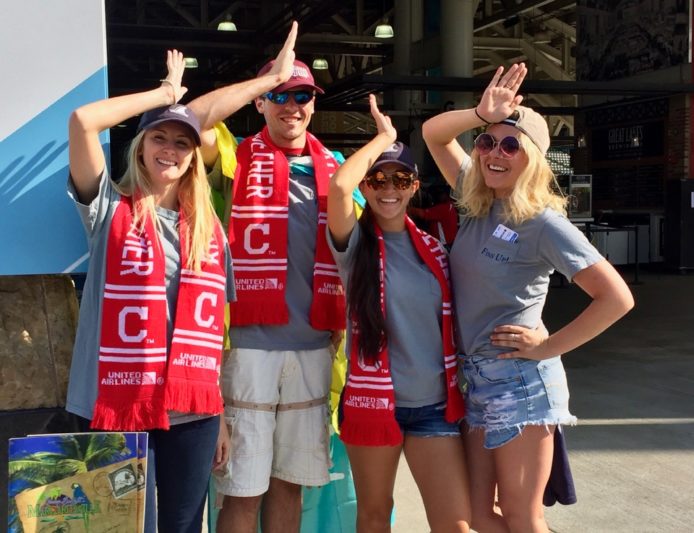 Margaritaville University was in session in Cleveland Friday night! 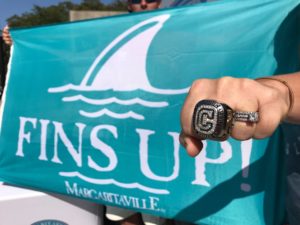 On the field, Francisco Lindor also gave Indians fans plenty of reasons to smile on Friday night. With Players Weekend underway, “Mr. Smile” put on a show with some dazzling defense and a crucial home run, backing a strong outing by lefty Ryan Merritt and helping lead the Tribe to a 4-0 win over the Royals.

Pro Tip: A short walk or ride from the home of the Indians, and all the city’s stadiums for that matter, is the new Margaritaville Cleveland.  Hands down 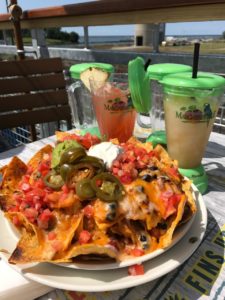 this is the best place to get into game mode. Located in East Bank Flats, the venue boasts all the island-inspired flavors you’ve come to know and love, live entertainment, an indoor/outdoor 5 o’Clock Somewhere Bar and patio seating overlooking Lake Erie.

The last game in the Margaritaville major league baseball tour is coming up in a few weeks at Nats Park on September 28th. Purchase tickets at nationals.com/margaritaville to get your Margaritaville-inspired Washington Nationals shirt!