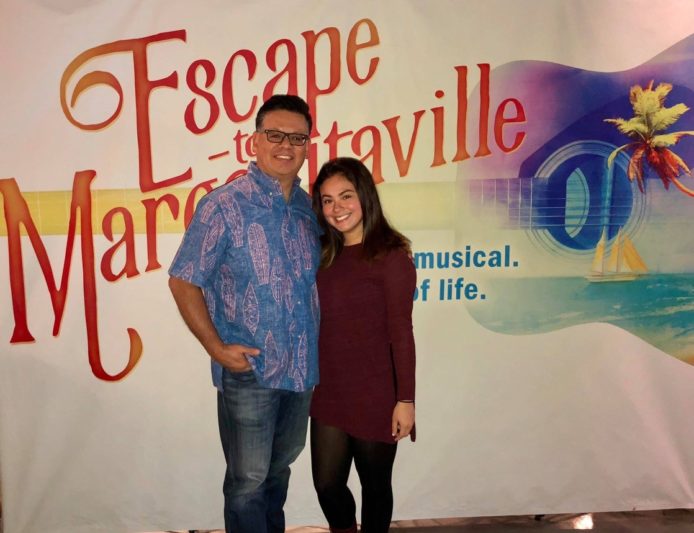 More than a musical. It’s a way of life.

Last week, as the cold wind passed through downtown Chicago, a group of people gathered outside the Oriental Theatre in Hawaiian shirts and shorts on a red carpet. Bystanders were very confused on why anyone would be wearing summer clothes in freezing Chicago. Palm trees swayed high above the theater and the people were happy. More people gathered outside as TV news crews started to set up and the doors opened to the theater.

Escape to Margaritaville is the musical written by Greg Garcia and Mike O’Malley, with music and lyrics by Jimmy Buffett, that’s making its way through the states. It started off in La Jolla, then to New Orleans, Houston and Chicago, and is now headed to Broadway in New York City. As a Margaritaville University ambassador, I was given the opportunity to see the show. And, let me tell you, I was not disappointed.

Walking into the theater was a whole experience of its own. The lobby was filled with beach balls, palm trees and summer vibes. I was instantly transported to warmer weather with the sun shining high. 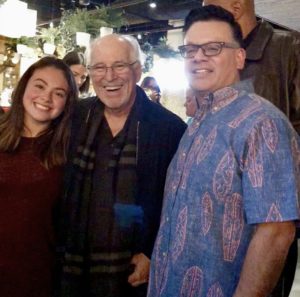 But, at the same time, it was chaotic…the one and only Mr. Jimmy Buffett was in attendance for the show. He gracefully exited his vehicle, walked down the red carpet and stopped for interviews. Everyone freaked out. People started yelling…and I am fairly certain I saw some men and women crying.

Everyone wanted to shake the legend’s hand or at least see him up close. A group followed Mr. Buffett around, and his bodyguards were on extra high alert. As he was pushed through the lobby, he stopped for as many people as he could, shaking hands and taking pictures. He disappeared as quickly as he appeared. The lights dimmed and the show was on its way.

With the opening note, I knew that this wasn’t going to be like any other musical. Sure Hamilton is a kind of its own and The Phantom of the Opera is a classic, but Escape to Margaritaville is a spectacular production.

Now, usually musicals really aren’t a sing-a-long kind of deal. You have to be respectful of the performers and let them show off their talent. Not in Margaritaville! Escape to Margaritaville encouraged sing-a-longs. The actors broke the fourth wall and talked to the audience to encourage them to sing with the music. “Cheeseburger in Paradise,” “Volcano” and “Fins” are just some of the greatest hits that made it into the musical.

The storyline was just as lovely as the set (more on that later). Boy meets girl and they fall in love, despite some complications. The storyline is one that we have all seen before but this one was different. Sure, they fall in love, but why? What was taught through this love? Is love stronger than anything out there? Should we all be looking for love or have love fall right into us? Love is a strong force but it can become stronger when you know you have found the one and have volcanoes exploding on your island and have to fly a plane (which you don’t know how to do) and profess your love. 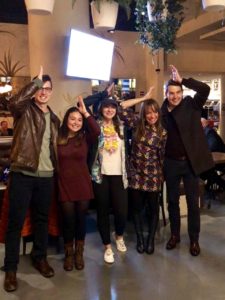 Now the set. OMG the set was amazing! The bright, colorful set was so pleasing and it instantly transported those in attendance to the summer getaway they have always dreamed about. The beach, the volcano and even the bar were all so beautifully made. It made the musical what it is: a lovely escape to happiness. The clouds literally danced, the drinks made me want a margarita, and the volcano was just as beautiful as it was destructive.

The experience was a special one. It felt as if everyone knew each other and were reuniting with old friends. Everyone was there for the same reason. To escape. What Jimmy Buffett and Margaritaville wants to show everyone is that you can be happy, no matter what. You need to live your life to its fullest extent. Live so death has nothing to steal.

The author is a Margaritaville University ambassador at Illinois State University. Click here to learn more about MargU.