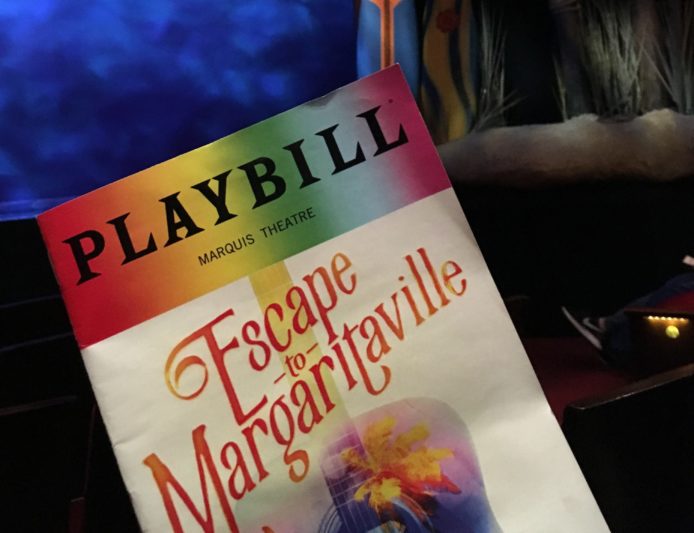 To say that I was excited when I found out Jimmy Buffett was working on a musical is a total understatement. As a musician (vocalist and instrumentalist), Broadway fan, and – most importantly – a lifelong Parrothead, the show was nothing short of an incredible experience. As my boyfriend and I were ushered to our fourth row seats, all I could hear was Jimmy Buffett singing “Jimmy Dreams” in my head, “Take it all in, it’s as big as it seems. Count all your blessings, remember your dreams…” 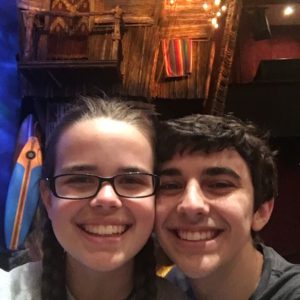 Getting the chance to see the show was a blessing I will count for a lifetime and it felt like a dream come true. I couldn’t help but smile the entire time I sat in my seat waiting for the show to begin. I was practically bouncing I was so excited. That smile stayed on my face for Act 1, all of intermission, Act 2, and all the way through my walk back to the train station.

While the story was fun and engaging, and the music had me singing and dancing all the way home, what struck me the most about the show was the immense attention to detail. As vacationers danced around the stage during their stay at Margaritaville, I was in awe. The precision of the dance numbers and the tight harmonies (new to some of the familiar Buffett songs) performed by the actors and actresses on stage was astonishing.

I loved seeing the tan lines on the vacationers’ backs as they ran to catch the next trolley. A detail like this is something that would not hurt the show if it were missing, but definitely made my experience that much more awe-striking. Marley’s parrot earrings were a staple of her wardrobe, and really stuck out as what felt like an homage to all of the Parrot Heads in attendance that night. 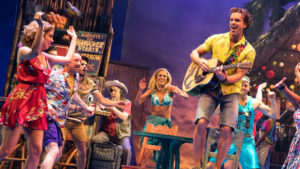 The instrumentalist and future music educator in me really loved the musical journey we were taken on throughout the show. The musicians playing in the pit were outstanding! The steel drums were something I expected to be included in this instrumentation, but I was still just as surprised to see them on stage. Of course, they were played beautifully. And I really think two more outstanding musicians deserve shout outs after this show. The baritone sax player was a monster, and really kept things groovin’ all night long.

For those of us who stuck around long enough at the end to hear the trumpet player’s solo after the stage had been cleared, our minds were blown. He had just played what seemed like a pretty intensive book…then to stand up at the end and blow the audience away with a solo was amazing.

I walked down the aisle to leave, beach ball in hand, smile on my face, and a whole bunch of new friends I had made after talking to those around me during intermission. Being able to see Escape to Margaritaville is an experience I will never forget, and definitely something I hope to experience again.

Hoping the 2019 tour will make a stop near my hometown!

Catch Escape to Margaritaville before the show’s last call on Broadway on July 1st. Get your tickets here.