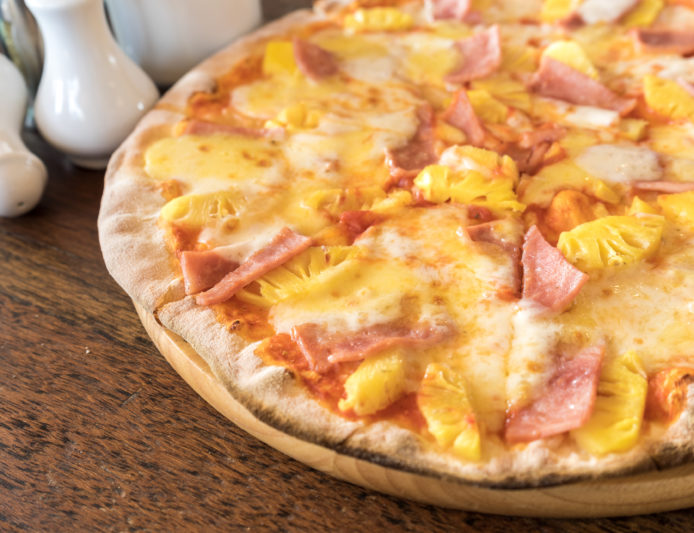 No single food item stirs opposing opinions like the Hawaiian Pizza. Does pineapple really belong on pizza? This pizza’s combination of ham, bacon, pineapple and cheese on top of dough and tomato sauce divides people like no other food item.  You either love it or you hate it!

These dividing camps between the pro-pineapple and anti-pineapple factions have even reached the political realm.  In 2017, President of Iceland, Guðni Th. Jóhannesson, expressed his disdain for the Hawaiian Pizza, saying that if he had the power to pass the law, he would ban pineapple on pizza in Iceland.  Following the Iceland incident, Prime Minister of Canada, Justin Trudeau took to twitter and said, “I have a pineapple. I have a pizza. And I stand behind this delicious creation.”  Why would the Prime Minister of Canada defend Hawaiian Pizza, we all know that Hawaii isn’t in Canada! 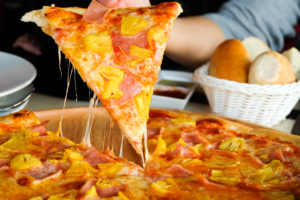 Pineapple on pizza originated in the small town of Chatham, Ontario, Canada, far from the beaches of Hawaii that have become the namesake for the dish.  It was restaurant owner and chef, Sam Panopoulos at his restaurant, Satellite Restaurant who has been given credit for being the Father of the Hawaiian Pizza.  The Satellite Restaurant primarily offered American dishes like cheeseburgers, but expanded their offerings to Chinese-American cuisine, and eventually pizza, in the 1960s.

The mass popularity of pizza in North America is often credited to returning servicemen from the Second World War who had sampled the dish in Italy.  Pizza grew as a restaurant offering in Canada in the late 1950s, and by the 1960s speciality pizzerias had caught on.  In 1962, Panopoulos added canned pineapple to pizzas in his restaurant, and the taste quickly caught on with his customers.

Why Panopoulos added canned pineapple to pizza remains a mystery.  Perhaps he made a mistake in the kitchen, perhaps he was a culinary visionary or perhaps he was sadist hell-bent on ruining pizza.

In my opinion, Panopoulos was riding the wave of Tiki culture that had exploded around the world in the late 1950s and early 1960s following 1959 Hawaiian statehood.  The tropical lifestyle was popularized, as people fell in love with the romanticized exotic culture.  Tiki themed restaurants, with Tiki-drinks such as the Zombie and Mai Tai were quite popular.  At the same time, both canned pineapple and pineapple juice production and exports had expanded from both Hawaii and the Philippines. Not only had the tropical culture exploded onto the scene, tropical foods like pineapple were now widely available. 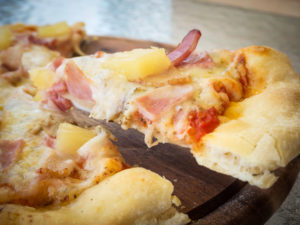 The Hawaiian Pizza, with it’s unlikely Canadian origins, quickly spread across North America and can now be found in many pizzerias and frozen food sections.  Although the Hawaiian pizza expanded from its origins in Canada, the division between pineapple pizza lovers and haters rapidly grew.  In a survey conducted for this blog, 58% of respondents said pineapple belongs on pizza, while 42% held distain for the combination.  Which camp do you belong to?

About the Author: Alex Hughes is a Margaritaville University Ambassador and PhD Candidate in History at York University working on a dissertation about Pizza in North America.