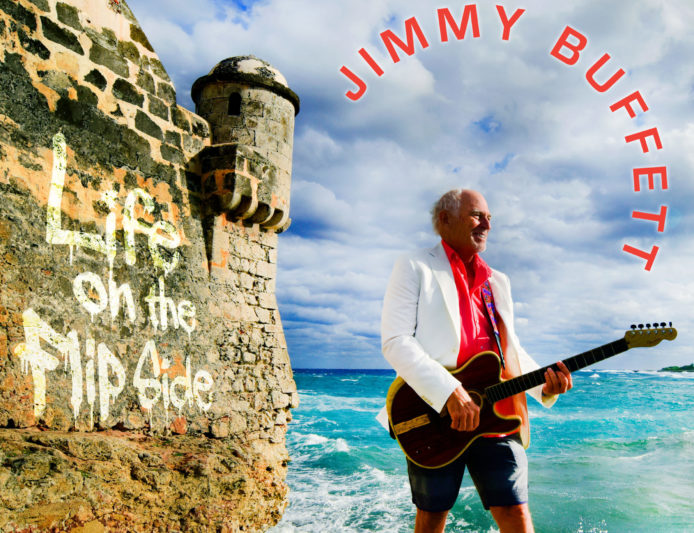 Parrotheads will have something special to cheer about when Jimmy Buffett’s first studio record in seven years, Life On The Flip Side, is released on May 29, 2020 on Mailboat Records.

Produced by long-time Coral Reefers Michael Utley and Mac McAnally, the record contains 14 new songs, including “Down At The Lah De Dah,” which will be given out early to those who pre-order the album.

A companion lyric video for “Down At The Lah De Dah” has been released on YouTube.

Life on the Flip Side is now available for pre-order at all digital outlets and Mailboat Records. The Mailboat pre-order offers special exclusive bundles, with profits to benefit Covid-19 relief funds.

The CD includes a 60-plus page booklet featuring exclusive content including lyrics, special photos from Jimmy’s collection, his stories behind the songs, and more.

Special guests include Paul Brady, Lukas Nelson, Will Kimbrough and Enrique Murciano. Paul Brady, who duets with Jimmy on “The World Is What You Make It” is a prolific Irish singer/songwriter who performed on tour with Jimmy last year in London and Dublin.

Jimmy performed some of the new songs earlier in the year, surprising fans with a special show in Key West in January. Despite the push back of the tour due to the current events, Jimmy felt strongly that he wanted to release this music now in hopes that these songs will help people relax and aid us through these troubling times.

To further connect with fans, Jimmy recently did a fan chat on Zoom with about 20 Parrotheads from all over the world, asking a variety of interesting questions, and did a second chat for medical and frontline workers where he was joined by Lukas Nelson and Mac McAnally.

Fans can also tune in and watch simultaneously on Margaritaville TV to the Jimmy Buffett Cabin Fever virtual tour, which airs every Wednesday and Saturday at 8PM ET and repeats 8PM PT. Catch concerts from Key West, Hawaii, Paris, Australia, Bora Bora and all over the U.S. at Margaritaville TV.