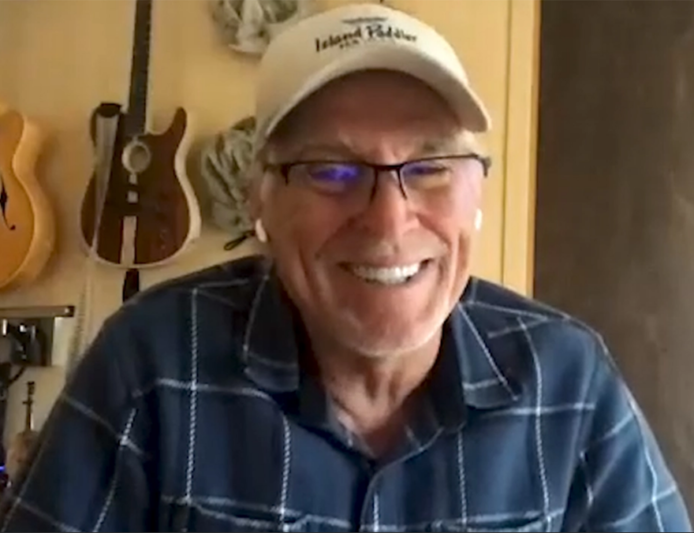 “I came to Key West [Florida] with a little bit of luggage and a lot of songs,” says Jimmy Buffett, who talks about his entire career, including its earliest days, in a wide-ranging conversation with senior writer Brian Hiatt on the latest episode of the Rolling Stone Interview: Special Edition video series. Buffett is riding out lockdown in a “little trailer” he owns on the coast of California, in Malibu, a situation he compares to the days when he’d live on a boat for months on end.

During the exclusive interview, Buffett breaks down his new album, Life on the Flip Side, explaining that he intended it to reflect the spirit of his beloved first three LPs. “I went back and listened to those a lot,” he says. He recalls hanging out with Hunter S. Thompson and Bob Dylan; muses on his business success; recalls his short-lived career as a music journalist; discusses the origins of classic songs, including “Margaritaville,” “Come Monday,” “Death of an Unpopular Poet”; and explains how he realized it was time to cut back on his partying around the time he turned 40.

Buffett also discusses why he’s optimistic that vaccines, testing, and other medical breakthroughs will allow him to be in front of a big crowd of Parrotheads again. “I’m waiting for that day,” he says. “And that’s what I tell people — whenever it is, and wherever it is, it’s gonna be a hell of a show.”