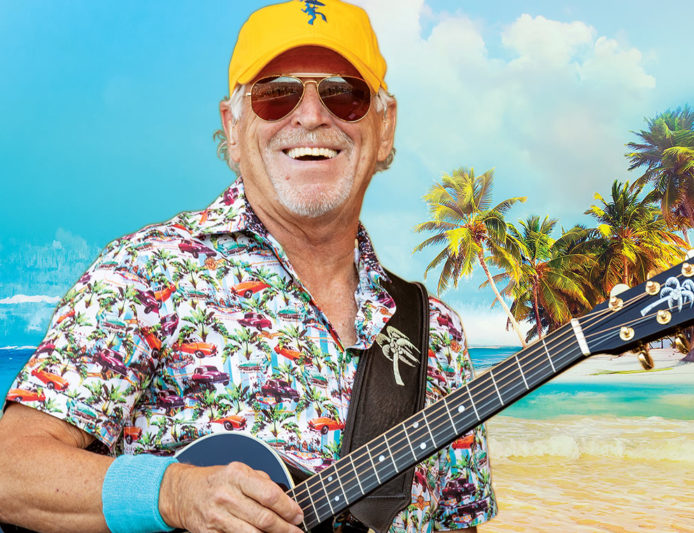 For more than 50 years, Jimmy Buffett has delivered legendary performances beloved by millions.  The music has spawned 30 albums, (including his 2020 release, Life On The Flip Side) 43 tours, a record label, a radio station, best-selling books, a global lifestyle company and of course, a legion of Parrotheads who flock to his live performances. In partnership with nugs.net, the leading platform for live concert streams, 30 years of Jimmy Buffett’s live performances will be made available for fans on-demand.  The first set of five shows from the archive will launch on the streaming service on Thursday, October 1st, in both audio and video formats.  Five additional shows will be added every Thursday throughout October. All audio will be available for download, as well as CD purchases.  Weekly live shows featured on Radio Margaritaville will also be added to the nugs.net platform, and archived video performances will be powered by nugs.tv.

Brad Serling, nugs.net Founder and CEO, adds, “Our focus has always been on delivering the live music experience direct to fans, and there are very few artists who deliver as colorful of a live show as the inimitable Jimmy Buffett.  We’ve been chasing this big fish for some time, and we’re delighted he’s landed on nugs.net.”

Coleman Sisson, GM of Radio Margaritaville added “Jimmy and I have been talking for years about the best way to allow fans the ability to enjoy past shows, on-demand, and all signs pointed towards nugs.net.  They’ve been doing this for years, and we’re excited to finally make the partnership a reality.”

About nugs.net
Founded in 1997 as a fan site for downloading live music, nugs.net has evolved into the leading live music platform for the largest touring artists in the world. Bruce Springsteen, Metallica, Pearl Jam, Phish, Jack White, Red Hot Chili Peppers, My Morning Jacket and many others distribute recordings of thousands of concerts they play through nugs.net. The platform offers live streams, downloads, CDs, Video on Demand, and the only streaming service dedicated to live music, delivering exclusive live content to millions of fans daily. nugs.net is available on iOS, Android, AppleTV, Sonos, BluOS, and Desktop.  A free 30-day trial is available. Visit nugs.net or get the app at nugs.net/app.