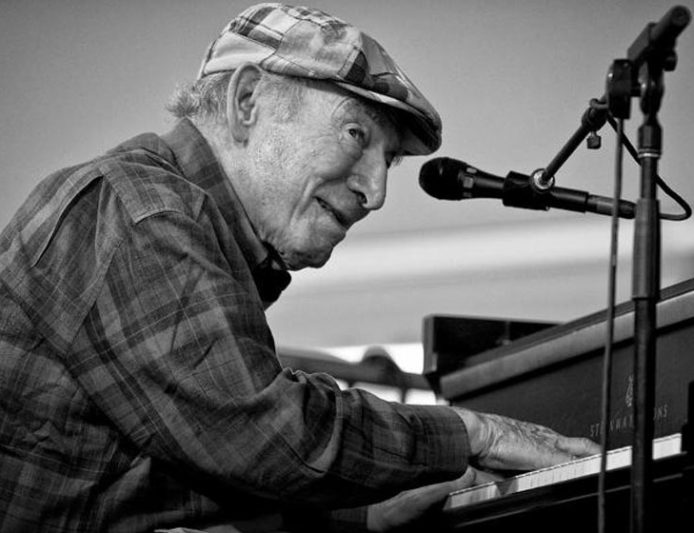 Let’s just start with a Mark Twain quote, that for me, is the simplest and most perfect way to think of George. “The fear of death follows from the fear of life. A man who lives fully is prepared to die at any time.”  George Wein lived fully for 95 years.  And the fact that he was on this earth that long creating music festivals all around the world is a gift to us all.  Two of my most treasured memories of playing on a stage for over 50 years, were thanks to George; in New Orleans and Newport.  The last time I saw him in person, was in New York, a few years ago, when I was walking out of an interview with Bill Flanagan for the Jimmy Carter music documentary he was making.  George was walking in for his interview.   I stayed around and listened, and glad I did.  Recently I have seen a lot of George while working on another documentary with Frank Marshall of the 50th Anniversary of the New Orleans Jazz and Heritage Festival.   The interview of George with Duke Ellington and Mahalia Jackson at the first Jazz Fest in Congo Square in 1970, is as inspiring today, as it was back then.   As Maya Angelo put it, “Everything in the universe has a rhythm, everything dances.   George sure made a lot of people smile and dance, and his legacy will be long, soulful and sweet.  Merci George.

Margaritaville, the global lifestyle brand synonymous with fun and escapism, announces their brand-new hospitality affinity program, Margaritaville Perks, a complete departure from the traditional, everyday loyalty program. With no points, levels to reac