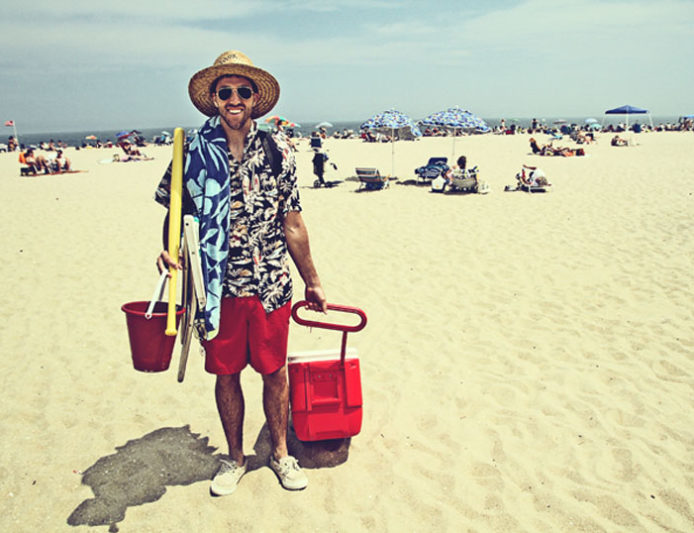 Everyone has their Jimmy Buffett story. Some are truth, some are legends, some are still evolving, and some defy the laws of science. The ole “hanging with Jimmy” stories are almost a badge of honor and we’ve heard them all:

“I’ve been to 82 Jimmy Buffett shows…made eye contact with him 43 times!” – Stranger at Kinkos

“I was waitressing at hole in the wall spot and Jimmy left his wallet – my manager told me to mail it back to him. I now get backstage passes to every show.” – Friend’s girlfriend

“He’s my uncle’s brother’s nephew’s third cousin and we FaceTime every Sunday.” – Steve

“He was walking on a deserted island in ’86 and he signed my surf board with a conch shell.” – Bartender in St. Thomas

All of them, though quite different, are filled with pure delight and imagination. It’s fitting that both of these qualities describe Jimmy’s entire persona and body of work. Maybe we take so much pride in our Jimmy Buffett stories because it brings us that much closer to the state of mind that has brought so much joy to our lives.

The theme of my Jimmy story is no different. (TBH, I’m still trying to figure out if it’s real or fake.)

My family and I were in Hilton Head, SC and we heard a cover band playing Volcano. I didn’t understand the concept of a cover band at the time, so I asked my Mom to ask the lead singer for his audiocassette. My Mom did a good job at not making me feel dumb, and told me she would get me “their” tape for the ride home.

Of course, she got me a Jimmy album with Volcano on the track listing. That 13 hour drive home from South Carolina to Pennsylvania was when Jimmy’s greatest hits became engraved in my heart.

Fast forward 10 years…after a lifetime of Jimmy being the soundtrack for my summers spent in Ocean City, NJ, I was subscribed more and more to the man behind the material. Not only Jimmy as an artist, but Jimmy as a businessman, thinker, and storyteller. I remember a specific quote of his stating “I’m still not a great singer or a great guitar player, but I’m a great Jimmy Buffett.” This is something we can all relate to no matter what field we’re in. We can always decide to bring our own unique paintbrush to the 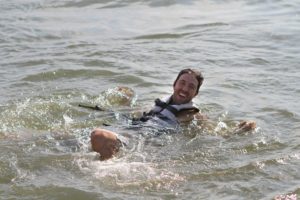 canvas of life. That’s what I think Jimmy was saying.

Pumped up with inspiration from Jimmy’s legacy, I had the chance to work in the music industry and traveled the world with multiplatinum musicians and entertainers.

I remember being in the Paris airport while listening to Changes in Latitudes and reading “departure signs that reminded me of the places I’ve been.” How was this man able to craft lyrics so timeless that they could be perfectly congruent with my life thirty years later?

I noticed that as I was growing older (but not up), different Jimmy Buffett songs were becoming my theme songs. I felt like he was narrating my life.

The following summer I was sitting in the sand, watching the ocean, listening to my friends making fun of me about how dedicated I was to the beach. I mean, there’s one of us in every group, right? We bring as many games, boards, chairs, and stocked coolers as possible. We don’t want anything to pull us away from an ounce of Vitamin-D on a perfect summer day. We’re focused on making the beach experience as fulfilling as possible.

They asked, “Who do you think you are?”

As soon as I said those words I thought, “Wow, that’s a funny idea. I need to make a song about being a twentysomething while living like Jimmy Buffett.”

Boom. I called producer Jon Bonus to craft the perfect hook and beat to go with the song. My talented friend Luke O’Brien sang the chorus vocals to bring it all together. We didn’t think if anything was ever going to happen with it, we just knew we had had a lot of fun making it. That was enough.

Eventually we decided to shoot a video for it. Why not? The only thing was this: If we were going to do it, we had to do it right. I wouldn’t consider myself a perfectionist, but by the off chance that Jimmy would see this video, I wanted him to be proud of that fact that he inspired it.

We shot the video three times and every video was bad. We weren’t being real. Or having fun.

Then I saw an interview about Jimmy’s Come Monday video and how the props weren’t props, but his own belongings – his own car, his own girlfriend, his own everything. Nothing was staged. Just him.

It became clear that the answer was to just be our genuine selves. Another lesson from Mr. Buffett. Duh.

“Why don’t we get group of our real friends, get a bunch of hoagies (it’s a Philly thing), and romp around in Sea Isle & Ocean City, NJ on beach cruisers and the boardwalk?”

Well, that’s what we did.

Finally we had something that we would at least be proud of. The music video was uploaded to the internet machine. People liked it. Wahoo. It wasn’t doing the numbers we hoped for, but hey, people were listening and our friends thought we were cool.

Right before we put the video out, we questioned whether or not we should cut the skit at the end of the video because we were using Jimmy’s music in the background. I didn’t want to be sued or something by one of my childhood idols. Buuuut, it just worked so well so we decided to run with it!

Two weeks later – I got an email from someone with the email address [email protected].

“Holy crap. We’re being sued!” is the worst-case scenario thinking that flashed across the forefront of my brain.

I read the email.

“Tom, My name is Heikki and I’m the production coordinator for Jimmy. Came across your video and song the other day by chance on YouTube and think it’s great.  I’d like to talk to you at some point when you have time so email me the best number for you and I look forward to speaking with you. Would like to learn more about how the video came about.” 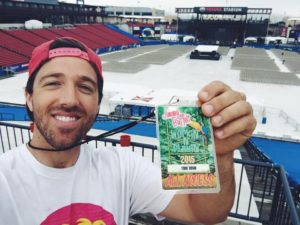 Heikki, a workhorse for Jimmy, was really just reaching out to show his support for the idea. Knowing all he’s responsible for now, I don’t even know how he had time to come across the video!

Heikki was great to us. He hooked us up with some passes to the next show in the Philly area. We met with him and his brother, Lars, and they told us they’d be in touch. But that was kind of it.

This experience made me realize even more why Jimmy and Margaritaville are so successful – there are people like Heikki and Lars behind the scenes who really care about Margaritaville and connecting with the fans.

A year later, Heikki called with an idea (he’s got a lot of those). “If I fly you guys out to the last show of the year in Las Vegas, can you and your team make a video out of the experience? You might even get to meet Jimmy.”

Umm…How would you answer that question? As a video producer, writer, and content creator, I was tasked to document an experience that the eight year old in Hilton Head, SC could have never dreamed.

With great delight and imagination, I had one of the greatest experiences of my life documenting my very own “Jimmy Story.”

Watch my answer to Heikki’s question in this documentary. Co-producing credits to Heikki, Lars, Danny Corey, Luke and Tom Schaaf.

It’s my belief that Jimmy doesn’t see anyone as fans, but rather a sea of likeminded individuals who enjoy the Margaritaville state of mind. He’s just telling his side of the story.

It’s been a couple years since that Vegas trip and more recently, I’ve had the opportunity to spend more and more time with the good friends working behind the scenes at Margaritaville.

Now, as an official part of the team who really cares about the Margaritaville lifestyle, I am excited to bring all the delight and imagination to your side of the story as well. 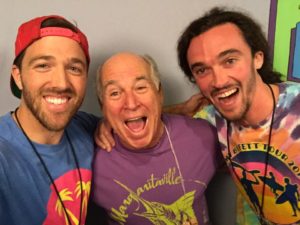