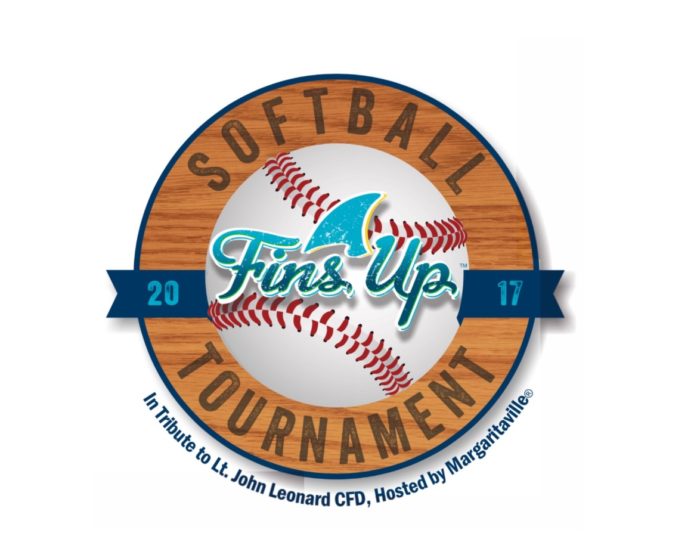 Paradise steps up to the plate again for the 2nd annual Fins Up Softball Tournament and Tailgate Party, honoring and benefiting the Lt. John M. Leonard Scholarship Fund for Saint Patrick High School in Chicago. The weekend begins with a 5 o’Clock Somewhere Kick Off Party on Friday, June 9thth at Iron Horse Ale House from 2 to 10 p.m. The softball tournament and tailgate takes place Saturday, June 10th at Merrimac Park from 9 a.m. to 8 p.m. A full list of fin-filled events is as follows:

The men’s softball tournament will feature competition by 18 teams with island-inspired team names and uniforms representing the Margaritaville lifestyle. Teams will also have the opportunity to test their skills against the namesake Johnny team, which will include two players and the general manager of the Louisville Slugger Warriors. The top three teams will receive a cash prize; $500 first place, $300 second place and $250 third place. Click here to register.

Here are some scenes from last year’s inaugural event:

A raffle is now live online for those who cannot attend – or who can, but are looking for a unique way to contribute. Raffle tickets will also be sold on-site. Those who purchase a raffle ticket (one for $25 or three for $50) have one of three ways to win an Escape to Paradise:

All proceeds from the weekend, including entry fees, raffles, sponsorships, food, beverage and retail sales and donations, will benefit the Lt. John M. Leonard Scholarship Fund and Saint Patrick High School. John Leonard was a dedicated family man, friend and Chicago firefighter. After fighting lung cancer valiantly, John succumbed to the disease on January 19, 2015. He left behind a legacy and some big boots to fill. Whether it was by being a lieutenant on the Chicago Fire Department, an instructor for the Illinois Fire Services Institute, a football coach at Saint Patrick High School, or the leader of the Merrimac Park Youth Council, John touched lives everywhere he went.