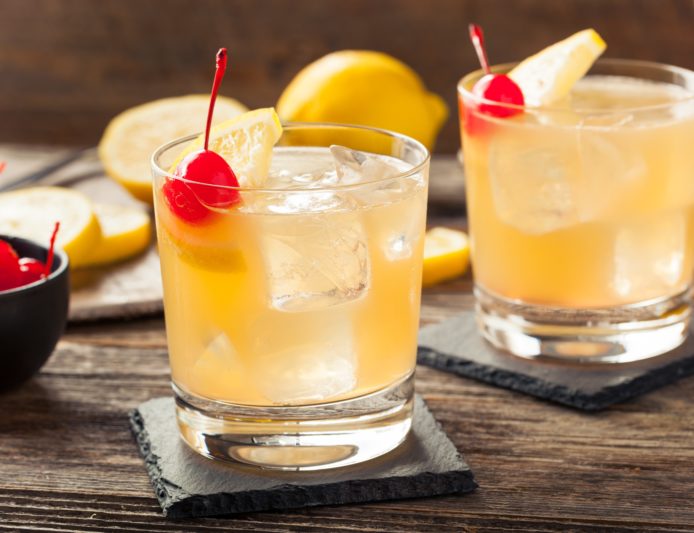 You know what they say, Virginia is for Lovers. While this slogan started as a tourism campaign in 1969, it rings true this time of year because there is so much to love here. Whether you’re touring American history hotspots like Colonial Williamsburg or sitting in the sand on Virginia Beach, set aside time to join us for a classic favorite – the Whiskey Sour in Virginia.

Virginia is known as the birthplace of American Whiskey so it seems only fitting to assign the sweet and sour beverage to this state. With more than 30 distilleries across the state, ranging from whiskey to rum and vodka, you could make a nice road trip of taste testing.

Fun fact – the University of Virginia’s historic Jefferson Literary and Debating School claims the Whiskey Sour as their official drink. Founded in 1825, members of this special society have included Edgar Allen Poe and President Woodrow Wilson.

During the Prohibition era in the U.S. (1920-1933) the federal government made an exemption for whiskey prescribed by doctors and sold through licensed pharmacies. Interestingly, the Walgreens pharmacies grew from 20 retail stores to almost 400 during this time.

Did you know that the Whiskey Sour goes well with music too? You can catch Jimmy Buffett on tour this week in Virginia…tonight in Virginia Beach at Veterans United Home Loans Amphitheater and on Saturday in Bristow at Jiffy Lube Live. If you aren’t lucky enough to be at the show, mix up a Whiskey Sour and watch the concert live Margaritaville TV!

Shake the whiskey, lemon juice, and sugar well with ice and strain into a cocktail glass with fresh ice. Garnish with maraschino cherry if desired.