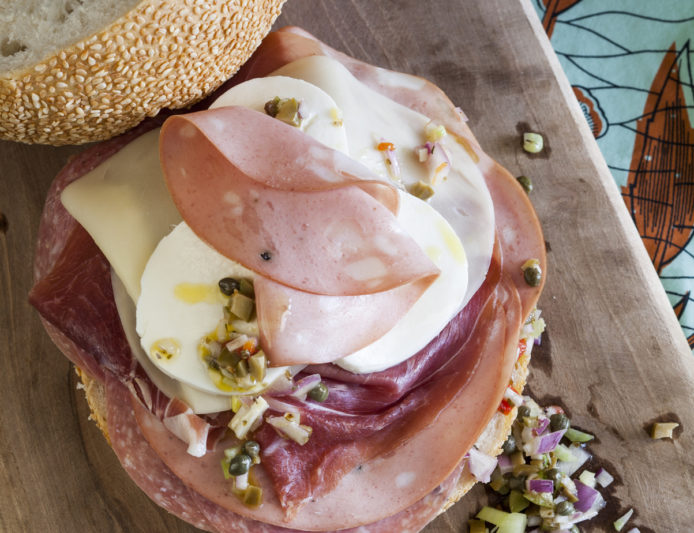 Football season is upon us and we all know what that means…it’s time to tailgate. For its simplicity, taste and the ability to last for the entire pregame, the muffuletta is one of my tailgate staples. The story behind this recipe, as told in Margaritaville: The Cookbook, says that during one of Jimmy’s visits to the New Orleans Margaritaville Café, he suggested a walk up the street to Central Grocery, home of the muffaletta, to pick up some of the famous sandwiches for the Café’s staff.  There was a long line to purchase the room temperature, deli paper-wrapped sandwiches that were stacked tall behind the counter, but they was well worth the wait. The restaurant team was hooked at first bite and immediately set out to replicate this New Orleans standard.  It became a mainstay on the menu for many years and now, can be a mainstay for your tailgate adventures.

Tailgate Muffuletta for a Crowd

Get inspired to drink your way across America (without ever leaving your backyard) with Margaritaville’s 50 Drinks in 50 States series. My intel on this historic state can be considered expert as I have spent my entire life li