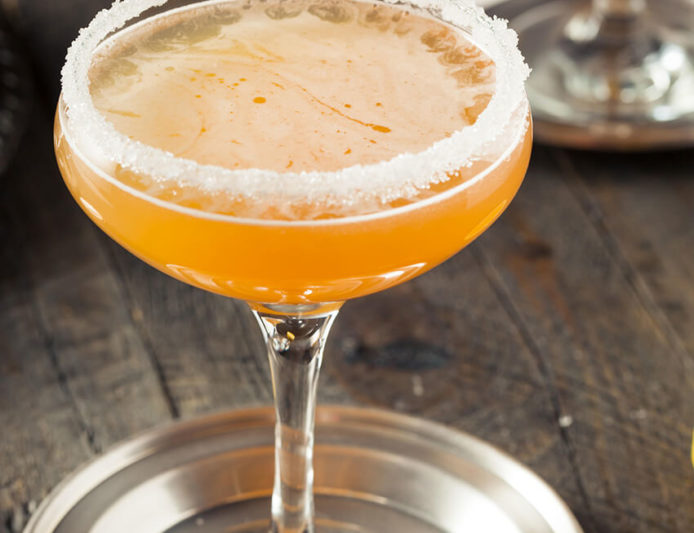 Although the 4 th of July has come and gone, many of us are still riding the joy of a holiday well spent. From community parades, to fireworks and barbeque favorites with family and friends, it’s a nice mid-year holiday and one that certainly requires cocktails. In holiday spirit, we invite you to travel east with us to one of 13 original colonies and enjoy a Boggy Meadow “Switchel” Martini in New Hampshire.

New Hampshire was the first state to declare its independence from Great Britain, six months before the Declaration of Independence was adopted and signed by Congress on July 4, 1776.

It seems only fitting that our New Hampshire cocktail would be inspired by the Boggy Meadow Farm that has been a local family operation since the mid-1700s when America’s identity transformed. Centuries later, the family decided to expand from a dairy farm to produce their own cheese and most recently the Boggy Meadow “Switchel” Vodka – the key ingredient to this unique cocktail. This alcoholic form of switchel is inspired by a colonial drink made with cider and vinegar that was served to thirsty farmers.

Switchel was first created in the Caribbean in the 1600s, combining the flavors of ginger, cider vinegar and boiled cider. After months of experimenting, Boggy Meadow created their “Switchel” vodka that contains apple cider, ginger and a touch of apple cider vinegar distilled with grain spirits.

Chill your martini glass first. Then, combine and shake ingredients with ice and strain into the martini glass. If desired, rim with a combination of cinnamon and sugar before filling the glass.