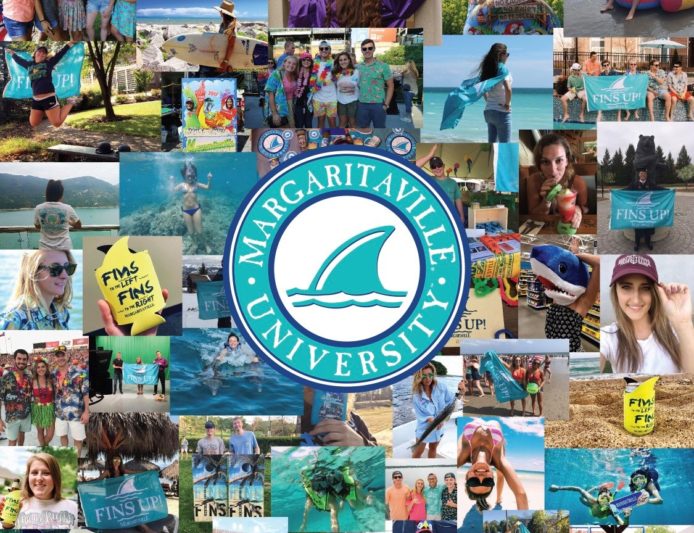 Since the Margaritaville College Ambassador Program started in September 2016, the program’s size has doubled, evolving into Margaritaville University. Spreading the Margaritaville state of mind across their campuses, ambassadors host events, sponsor club teams, raise money for charity, compete in various challenges and more. Students are rewarded for their participation and strive for the ultimate goal of earning the top prize: a seat at the annual Ambassador Roundtable.

As 2017 comes to an end, we can’t help but look back at the accomplishments of the program and its ambassadors over the last 12 months. So in the spirit of Margaritaville, let’s take 5 and reminisce over the top 5 Margaritaville University moments of 2017:

The Inaugural Ambassador Roundtable
In June, eight ambassadors who were tops in their class traveled to the Margaritaville Hollywood Beach Resort in Florida to be rewarded and immersed in the Margaritaville brand. During their all-expenses paid trip, ambassadors participated in a multiple day discussion to evolve and define the philosophy that is Margaritaville University, and managed to soak in a whole lot of fun while they were at it. In fact, the trip was so epic, Vice covered it.

Ambassadors Go VIP at the License to Chill Lounge 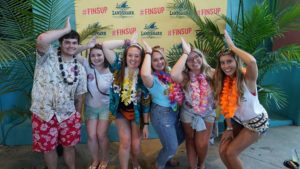 One of the coolest perks of being a Margaritaville University ambassador is an invite to the License to Chill VIP Lounge at Jimmy Buffett’s tour stops. This friends and family lounge features food, drinks and appearances from members of the band before each show. Many ambassadors got to take advantage of this once in a lifetime experience with their friends and family. What other brand ambassador program can offer that?!

The Fins Up! Flag Flown Around the World (and on TV!) 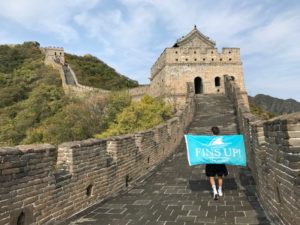 The Fins Up! Flag has become an unofficial symbol of the Margaritaville University college ambassador program. Because being an ambassador is currently the only way to get your hands on one of these coveted flags, ambassadors love to show them off. 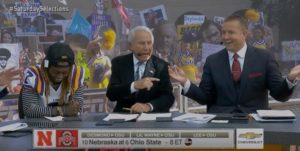 So far, the Fins Up! Flag has been flown in China (pictured above), France, Puerto Rico, Australia, Spain, Egypt, Mexico, Ireland and Canada. Whether it’s hanging on a dorm room wall or being flown around the world, people can’t seem to get enough it! On top of that, the Fins Up! Flag was flown, not once, but FOUR TIMES on ESPN College GameDay behind the announcers and broadcast on television. If you’re not familiar with it, College GameDay is a pre-game broadcast by ESPN. The program is broadcast from the campus of the home team of the featured game of the day. Students often gather around the announcers in hopes of appearing on TV… and Margaritaville University made the cut! Fins Up! 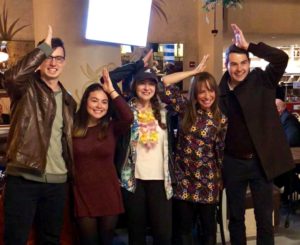 As Escape to Margaritaville continues to make its way across the country, several ambassadors have had the opportunity to experience the musical for themselves.

When asked about the show, ambassadors have said, “I couldn’t stop smiling. The theatre was decorated too! Overall, I loved everything about it…” and “I am SO thankful to have had this opportunity! It was a great mix of talent and seriousness with a fun and relaxed vibe as well!” Becky Armas, an ambassador from Illinois State University, documented her whole experience for the Margaritaville blog that regularly features ambassador write ups.

And that’s a wrap! We’re excited for all the big things to come in the Spring 2018 semester. If you or someone you know is interested in becoming a Margaritaville University College Ambassador, find out more at MargaritavilleUniversity.com