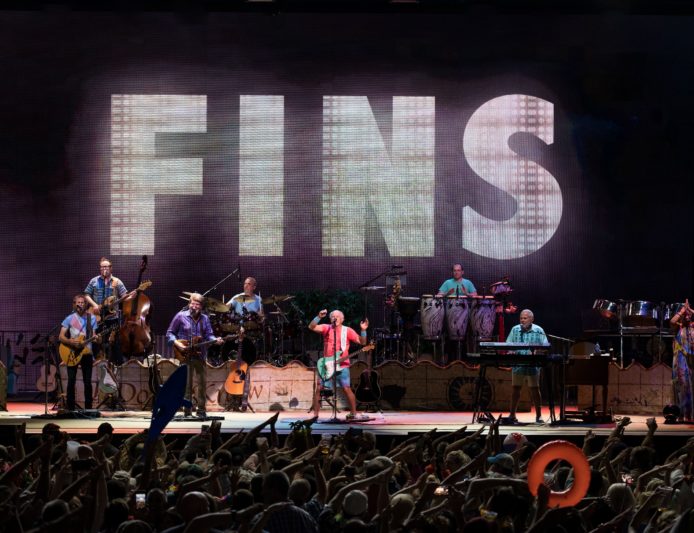 Jimmy Buffett and the Coral Reefer Band’s 2019 Son of a Son of a Sailor High Tide Tour is officially underway, so our favorite live performers are back on the road.

The start of the tour got us thinking…along with Jimmy, who are our other top artists to see live? In no particular order, here’s what we came up with.

Mac McAnally. While you’ll also catch this legend on stage with Jimmy, he’s worth mentioning again because he is that talented. One of Mac’s biggest gifts is the ability to make you feel, I mean really feel, what he’s singing about. Here’s this genuine, humble guy who’s also a monster singer/songwriter and an incredible musician. Mac ties all of that into his performances, easily transitioning from poignant stories to dad jokes and from piano to guitar. He never fails to entertain and will always leave you feeling inspired.

Jack Johnson. From Banana Pancakes released 14 years ago (can you believe it?) to his newer songs like Only the Ocean, he promotes a relaxed lifestyle and good vibes. His music is loved and appreciated by people of all ages. And as a bonus, many of his newer songs focus on the water and ocean conservation like You Can’t Control It.

Nitty Gritty Dirt Band. With a refreshed lineup and newfound energy, The Nitty Gritty Dirt Band remains one of the most accomplished bands in American roots music. They are conveniently playing at the Ozarks Amphitheater on July 6, giving the perfect excuse for a road trip to the new Margaritaville Lake Resort, Lake of the Ozarks.

Jason Mraz. Mraz’s music is known for being penned in a happy-go-lucky style that resonates with the laid-back beach life. Like the sunny and upbeat Have it All, a tune about love and well wishes for others with lyrics like “M 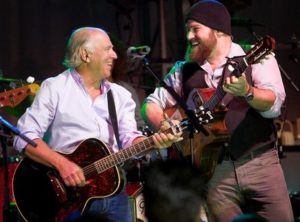 ay the best of your todays be the worst of your tomorrows and may the road less paved be the road that you follow”.

Zac Brown Band. I think I might have found me my own kind of paradise watching these guys live. The band’s The Owl Tour kicks off later this month and runs through the fall.

Cowboy Mouth. Their music is described as “rock & roll gumbo”. You go to a Cowboy Mouth show expecting to hear good music (which you will), what you don’t expect is how it will make your soul feel. The lead singer is the drummer, and his drum kit is front and center on the stage. Their shows are “celebratory, life-affirming experiences.” You leave feeling exhilarating, glad to be alive.

Yacht Rock Revue. 100% smooth guaranteed. Yacht Rock Revue is the “greatest show on surf.” A cover band by definition, they truly embody the smooth sounds of 70s and 80s light rock. A talented group of impeccable musicians, their shows are sing-alongs of all the best soft rock hits performed in bellbottom jeans and polyester shirts. Audience members frequently don captain’s hats and aviator sunglasses as if they were “sailing.”

Conga Se Menne.  Reggae meets Finland. You need to hear it to believe it.

Sister Hazel. Their albums are great but the live music experience is unforgettable. Great song-writing, incredible harmonies, wonderful musicians, and all around nice guys. And as a bonus, they are very active in their charitable organization, Lyrics for Life, that donates money for cancer research.

Michael Franti & Spearhead: The positive energy of Franti and his band get the entire crowd standing, waving, dancing and jumping in unison. His shows are always a unifying, happy, event with Franti barefoot on stage (like Jimmy!) leading the crowd in song.

JJ Grey. He’s a Florida musician with a great blues and rock sound and a strong conservation message. This summer, JJ Grey and blues artist Jonny Lang will hit the road together for summer co-bill tour.

G. Love and Special Sauce. A three member alternative, blues, hip hop band from Philadelphia, the group is heading down to Florida this month for the annual “G. Love’s Beachside Blues Tour”.

The Black Keys. Two talented guys from Akron, OH produce a raw and unique mash-up between garage rock and the blues.

Lyle Lovett & His Large Band. Always a spiritual experience! With Lyle belting out heartfelt lyrics, plenty of solos from his 14 + Large Band and a healthy dose of gospel, the show never disappoints.

John Mayer. It doesn’t feel like he’s performing, it feels like he’s just jamming out in his backyard with a bunch of friends. His summer world tour kicks off later this month.

Lee Brice. This Country singer’s live set isn’t “Hard to Love” as one of his biggest songs might suggest.

And the list could probably go on and on, so let us know @Margaritaville your top picks of artists to see live.