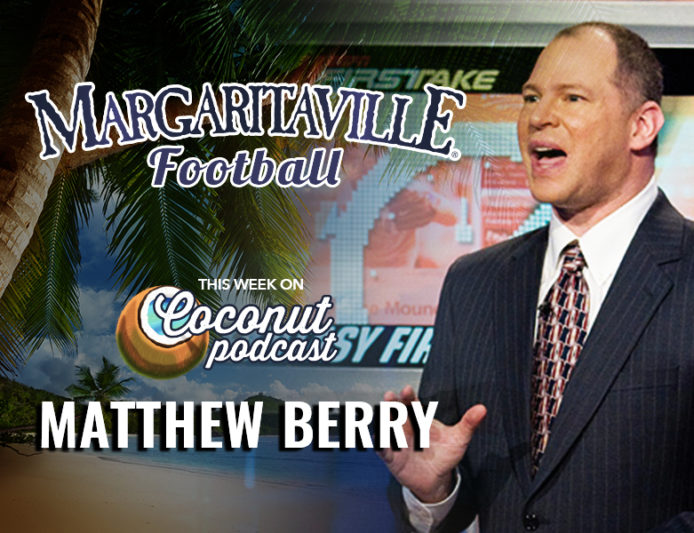 Name a person with twelve letters in their name, besides Jimmy Buffett, that represents passion.

Okay, so I can’t write Jimmy Buffett? Not a problem. I got my on deck name and here it is. Matthew Berry.   Don’t know who Matthew Berry is? Well, here’s the short of it. Matthew Berry is a writer and the Director of Fantasy Sports for ESPN. Big deal…make believe sports has a director, not impressed. But, before you run away with that train of thought, you need to understand the commitment and the love of the work behind the man who fantasy fans look up to like my 10 year old niece does to Adele.

Matthew Berry graduated college in 1992. His first job out of college was working as a PA for comedy legend, George Carlin. He dove into writing and got his biggest break getting work on Married… with Children during its final season. He continued to write scripts and screenplays, but started to lose interest in the Hollywood scene. Having played fantasy sports since the age of 14, Matthew had passion for the industry. He found an advertisement for fantasy writers online and applied. He got the job and didn’t stop there. 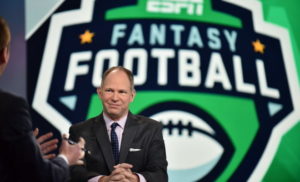 After gaining a following with his writing, he started a website in his spare time with his own money ($10,000 to be exact). He began contacting all radio, TV and websites he could find to offer his fantasy sports writing for free, just to get a link back to his website. From these efforts he got some work with ESPN and by 2006 Matthew had a somewhat profitable fantasy sports website and a fulltime job offer from ESPN to be their lead fantasy sports expert. He moved out to Connecticut and 10 years later he has carved his own showbiz path in a finite genre, a genre he has loved since he was a kid.

Matthew says it was a college friend that brought him to his first Jimmy Buffett concert at Irvine Meadows in California. Halfway 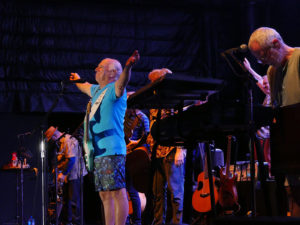 through the show he understood the spirit of the show, connection to the music and he’s been a fan ever since. He credits some of his style and success to Jimmy, remembering how he walked out on stage during that first show barefoot, kicking beach balls and wearing shorts and a t-shirt. The concert wasn’t some buttoned up, slick show performed by a rock star. It was a little loose and fun, giving that charming quality we all see from Jimmy when he is singing or telling stories on stage.

Jimmy has said he isn’t the best singer or guitar player, but he’s great at being Jimmy Buffett. Matthew took those words with him to ESPN to help steer him to the success he has found, including the title of New York Times Best Selling Author. If you have a passion go for it and be you. It’s about being the best version of yourself and finding work you love to do.

Matthew shares a story from a trip his family took last year to our Margaritaville Hollywood Resort…they were having a blast while a blizzard was hitting their home in Connecticut. He even got a surprise visit from the man himself during his stay there, one of the funniest JB stories I’ve heard all year.   When discussing Matthew’s Margaritaville he says his is anywhere he can relax. He’s at his happiest when he can get away from the stress and enjoy the things he loves most.

I have to say Matthew has been a big influence on my weekly blog posts and Coconut Podcast. Great person, great Parrothead. Take a moment to listen to our conversation here and keep making your music. Fins Up!