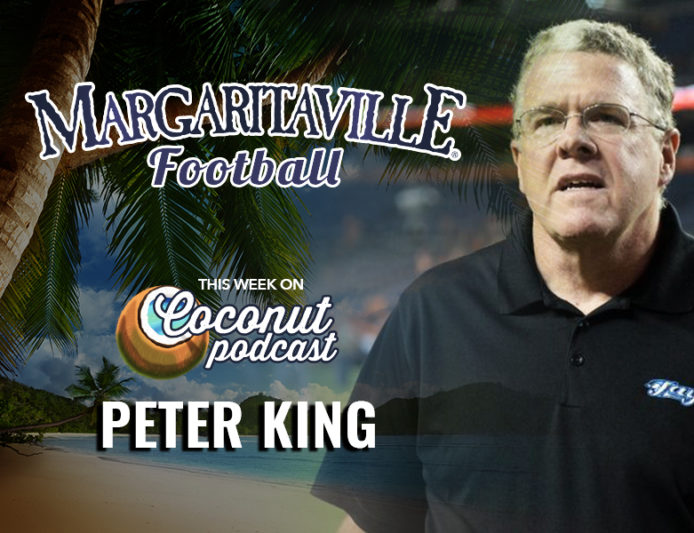 The Real Football Network is escaping to the Margaritaville state of mind for the Coconut Podcast called Margaritaville Football. As Jimmy Buffett’s tour traveled across the country last year, production coordinator Heikki Larsen sat down with football personalities to talk sports, music, living the Margaritaville lifestyle and more. Heikki’s guest this week is Peter King of the MMQB and Sports Illustrated. Learn more about Heikki’s chance meeting with Peter here…

At this time a year ago I had one interview under my belt with Cris Collinsworth, not knowing it would be the start of Margaritaville Football. I needed some direction, so I reached out to my good friend and Parrothead, ESPN’s fantasy football guru Matthew Berry, to see what he thought. He enjoyed my Collinsworth piece and told me that if I wanted to interview more football personalities I should go to the NFL Combine. I asked him who would be there and he said, “Everybody is there. Coaches, GM’s, media, you name it…and you’ll find them all out drinking after the long days at Lucas Oil Field.” The next week I drove up to Indianapolis to see what the Combine was all about. 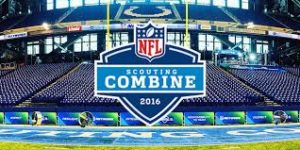 The Combine turns out to be the one time of the year when the NFL community is chill. Nobody is competing at that time and most of the work has been done by the scouts. Coaches and former players have time to meet up with colleagues, reminisce, eat some steak dinners and go out drinking at night. Late. I recall one evening a bar staying open until 6 a.m. with a number of coaches, ex-players and fans shooting the breeze and some answering “off the record” questions from media personalities. I learned it’s a great place to get sound bites, but not the best for full sit down interviews with a microphone. It also helps to know people and Matthew was busy with events and being attacked by rabid fantasy fans.

While in Indy I did interview Matthew (which was fun…stay tuned for next week’s podcast) and he invited me to a speaking engagement at a brewery that was being held by Peter King of the MMQB and Sports Illustrated. It was a panel discussion for charity where football fans could ask all kinds of questions about the upcoming season and, of course, fantasy football. I drank some beers and listened to the topics being covered when out of the blue Peter King asked the crowd if anyone had eaten at Bluebeard. I did a double take because that is the name of Jimmy’s stage manager’s restaurant (the Buffett Crew has dinner there once a year when the tour stops in Indy). Matthew introduced me to Peter King after the event (remember when I said it helps to know people?) and Peter suggested we all get dinner. I told him I could get a table at his favorite restaurant if he wanted to go back there. Over dinner and drinks at Bluebeard I got the courage to ask Peter if he’d let me interview him, and that is how this week’s podcast happened outside a hotel lobby Starbucks.

Peter is a tremendous writer and if you’ve ever read any of his MMQB articles you know the quality and dedication to his work. He’s also the most introspective person I’ve ever interviewed and the fact he took the time to meet with a no named journalist like myself tells you how generous he is to those starting out. Peter began writing in college for the Ohio University school paper. While studying there, he had a brush with the music biz when he got to interview the Doobie Brothers backstage after a show on campus. He gets major street cred from me when he tells the story of being offered to do a doobie with the Doobies knowing he had to write the article when he got back to his dorm. 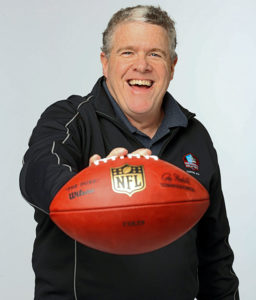 Peter gives great advice to anyone starting a career citing, saying you shouldn’t take a job just for the money. He says, “You would hope that you could get into a business that you love and you love doing, and you didn’t get into the business because you say I want to make a million dollars. You get into a business because you say I love doing this and someday you may make a million dollars, who knows?” That’s one of the things I’ve learned watching Jimmy and knowing where he started. It’s when you’re getting the job done for the absolute love of the job. Peter shares a story about one of his favorite interviews ever – when he sat down in a hotel stairwell with Brett Favre after his Super Bowl win to hear him talk about his greatest day ever.

Peter has one Jimmy Buffett story and it involves the New Orleans Saints Super Bowl after party in Miami. Peter boarded the team bus after the game, a bus that included four Jesuit priests, Reggie Bush and Kim Kardashian. While at the party he discovered Jimmy was there and was surprised how approachable Jimmy was…just wanting to be a fan with the trophy for a night, enjoying being a part of his team’s victory celebration. Nothing garish, nothing about JB, just a fan celebrating the city of New Orleans and his Saints. Our talk went to Nashville and the Ryman, a place Jimmy wants to play one day, where Peter and his wife got to see Loretta Lynn sing Coal Miner’s Daughter. He goes on to say with the popularity of Nashville he believes the Super Bowl will be there one day because of how much fun everyone has when they visit the city. 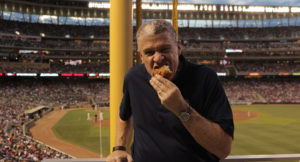 th some Margaritaville lyrics as we discuss inspiration and blown out flip flops. He says that when he listens to Jimmy’s music he thinks it must be autobiographical. Peter’s Margaritaville is going to a baseball game because he doesn’t have to cover baseball. It’s about going to batting practice, getting a beer and not having anything to do or think about anything. Just be. Speaking of beer, he is amazed at how much LandShark he finds in Jacksonville, FL and enjoys one when he’s there.

Listen to our conversation and more stories shared here.