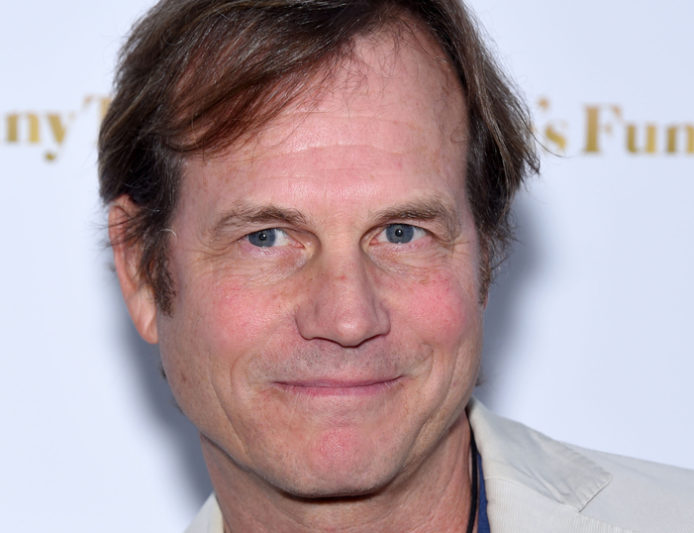 A few weeks ago I was saddened to hear Bill Paxton passed away. He brought his best to each role and was part of some major blockbuster movies. There was always someone else overshadowing his performance due to their name and status in Hollywood, but Bill was humble and genuine saying, “I’ve had a lot of base hits in Hollywood.” That quote makes me think of his cult character, Coconut Pete, and the one time he got to meet his nemesis, Jimmy Buffett.

In 2004 the cult comedic horror film, Club Dread, starring Coconut Pete was scheduled for release. It was a film produced by the 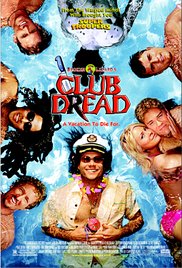 comedy team Broken Lizard (you also know them from Super Troopers and Beerfest). Lucy Buffett, Jimmy’s sister, had worked with Bill Paxton on a movie during her time in LA and early that year she got call from Bill describing the movie featuring Coconut Pete. Bill described the character to her as an homage to her brother and wanted Jimmy’s blessing on the movie. Lulu called Jimmy and told him that Bill and director, Jay Chandrasekhar, wanted to bring the movie to him so he could watch it. Jimmy accepted the invite and then invited everyone from our office to join him. 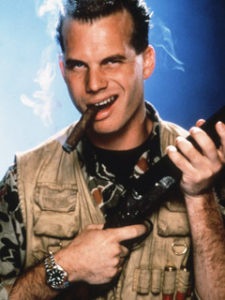 Jay arranged for a Muvico Theater room to be reserved in West Palm Beach, FL at City Place. We met with Jay at the theater and waiting there with him was Bill Paxton! I had always been of fan of Bill because of his work on Weird Science as Chet. Jay and Bill shook our hands and talked to us about the film. As we got ready to watch the movie I went up to Bill and said, “I’ve got a question about one of your characters.” He smiled and said, “Chet?” I couldn’t believe he knew what I was going to ask, but from what he told me he got that question a lot.   He smiled and laughed a little, like after all the work he has done he is most recognized as Chet, the jerk brother from a John Hughes film.

Jimmy laughed at all the references Coconut Pete made about him in the movie. It was funny to watch this character explain how his song, Pina Coladaburg, was written 7 ½ years before Margaritaville and how Jimmy had ripped him off. Funny songs…listen to them all here! At one point in the movie Coconut Pete refers to Jimmy as a son of a son of a bitch.

After the movie we all went out for drinks. Bill was generous with his time and spoke with me and my good friend and coworker, Ruby, for a while. He told us he was going to be on the Tonight Show with Jay Leno soon to promote the film. Ruby and I asked Bill if he would mention us during the interview, hoping to get our shot at TV fame, and he said he would. A few weeks later Bill was on the show and Leno asked him if he got to show Jimmy the movie. Bill said, “We went to Florida to show Jimmy the movie and got to meet everyone. Heikki and Ruby were there.” He said our names on the Tonight Show just like he promised!

As the tributes were made after his passing, I learned Bill Paxton was widely known for his kindness and authenticity. He didn’t act like a movie star. He was approachable and treated everyone as his friend, the epitome of being humble and genuine. It’s good to know Jimmy and Coconut Pete did get an introduction thanks to Bill.

Whether your state of mind is in Margaritaville or Pina Coladaburg, you can join me in saying, “Sail on, Bill Paxton.” 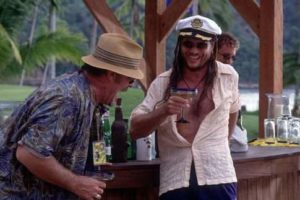