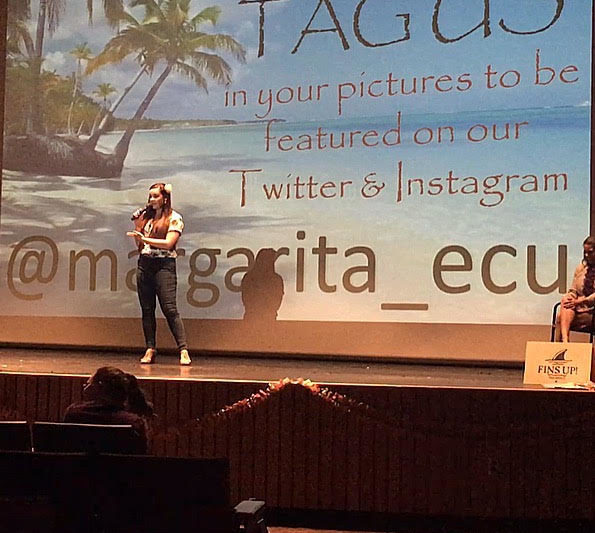 As a theatre arts major at East Carolina University, as well as a lifelong parrot head, I am always looking for opportunities to blend these two passions. When I got word of the new Buffett musical, Escape to Margaritaville, making its way to Broadway in 2018, I couldn’t have been more excited. A short time later, I found out a movie was being made about the parrot head fandom, rightfully titled “Parrot Heads.” My two favorite things were finally merging together in multiple mediums! Little did I know, “Parrot Heads” was actually made by six East Carolina University alumni. Not only were they alumni of the Pirate Nation, but three of them were alumni of the School of Theatre and Dance, which is the department I’m a part of at ECU. Through my theatre professors and some tweets to the right people, I was able to get in touch with Bryce Wagoner (director, producer and writer), Vance Daniels (producer and writer), and Cara Kidwell (co-producer). We began discussing the idea of possibly having a screening at ECU, and ended up getting too excited about it to not follow through!

With the help of ECU’s Students Activities Board and films committee — as well as sponsorship from Margaritaville — we were able to screen “Parrot Heads” on March 30th at 7 p.m. in our student center as a Premier Wellness Passport Event. Passport events are campus-sponsored and help students experience a variety of events that promote wellness and are mandatory for most freshman classes to attend. There was a costume contest, door prizes and a photo booth with beachy props. A current ECU student, Jared, won our costume contest prize of a Frozen Concoction Maker by sporting light-up leis and some dance move Carmen Miranda would have been jealous of. There also was a Q&A with Bryce, Vance and Cara who would flew down from LA to meet with students and give back to their alma mater. We also organized an after-party at a local restaurant called AJ McMurphy’s with tropical karaoke and more giveaways. 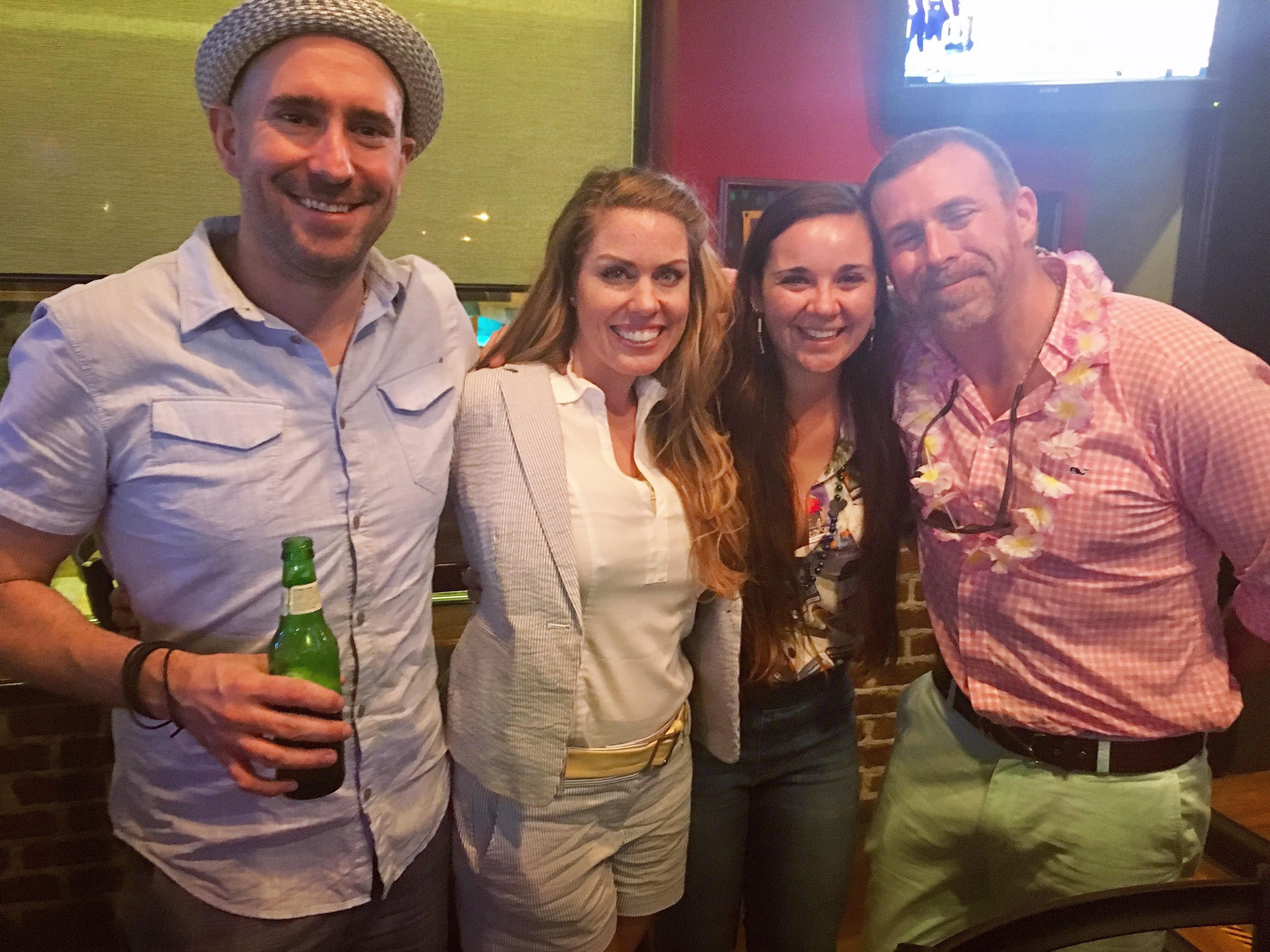 As exciting as it was for me to bring a Buffett-themed event to my college, it was even more exciting for the alumni filmmakers to come back and share their creation with the place that gave them the connections to do so. The three of them have been friends for a long time, but only two of them were Parrot Heads before the creation of this movie. Bryce and Vance have been die hard fans for a long time. Vance commented on how making this movie changed his view on the music, “Making this movie intensified my love for all of it. Going around and seeing what these people where doing in him name, made me appreciate all of it on a level I never had before.”

Bryce followed up by saying, “I love Jimmy more now than I ever have.” Cara, on the other hand, wasn’t a huge fan at first, but after working on “Parrot Heads,” she gained a new love for it. She said, “I started looking into the fan base, and I had no idea that they raised the charitable funds that they did and the philanthropic side of it. These are good human beings. I fell in love with the music from the other side of the camera. I can say my favorite song now is One Particular Harbor.”

During the Q&A session, they were asked questions by students about how to make it in the film business, how college had an impact on where they are today, and advice on how to pursue your passions. Needless to say, the students left with inspiring words from the filmmakers and many with a new found love for Buffett. The best part about this event was that it was open to the entire community, so we had people of all ages coming together to experience this event. We had a ton of students, alumni from Greek life, elementary-aged children of these alumni, and a group of locals looking to start a Parrot Head fan club chapter in the Greenville area.

People of all ages and backgrounds were able to experience this movie screening together, as well as dance and sing together at the after party. Jimmy Buffett has a way of bringing people together no matter their differences; his music brings out the commonalities in people. It was awesome to watch students share drinks and laughs with alumni, making connections and new friends, and it’s all because of what Buffett and the “Parrot Head” filmmakers have brought into this world. 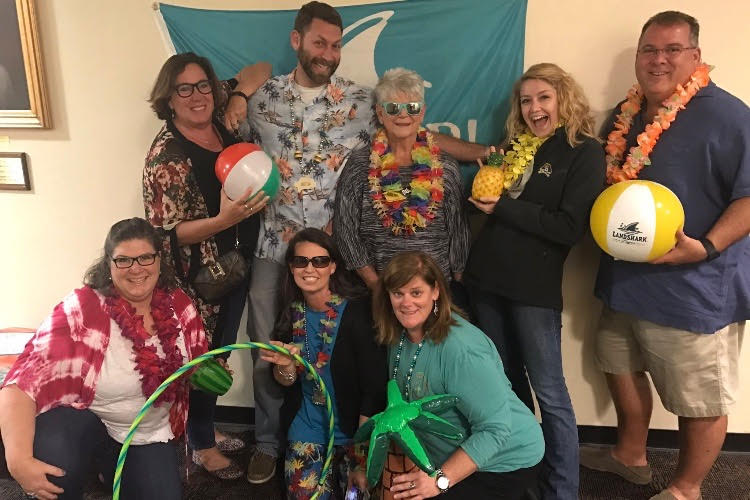 It was a great day to be a Parrot Head and a Pirate, and I’m proud to say that I am both. Fins up and go Pirates!