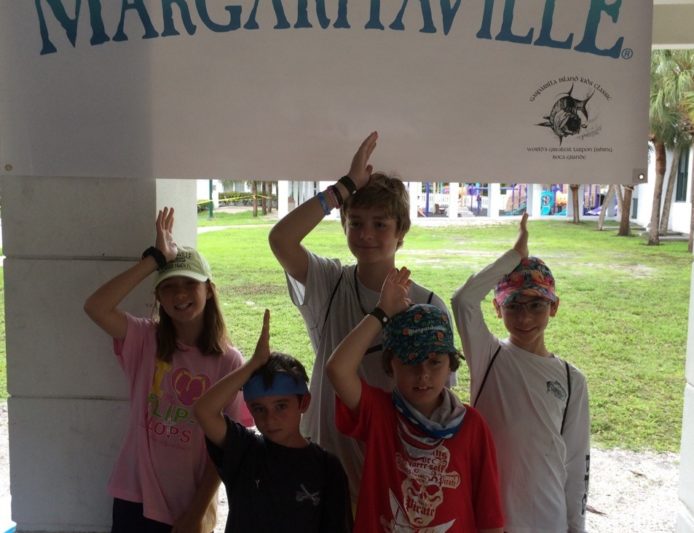 Earlier this month a group of parakeets went fishing, with Margaritaville there to help them follow the tides, to help raise funds for kids in need at the Gasparilla Island Kids Classic Tarpon Tournament in the Boca Grande Pass. The annual tournament has raised more than $184,000 over the past six years with 100% of the entry fees going to local children’s health charities and educational needs. This all-kids, all catch-and-release tournament’s mission is to provide a fun and competitive event for youth that encourages goodwill, education, sportsmanship and conservation while recognizing the Boca Grande community, and its tarpon fishing history and traditions.

“No fish are harmed in the tournament, and that’s what makes it so cool,” says Ella, age 10, the team’s official photographer and the producer of the video above. She goes on, “Tarpon are really strong fish and our goal is to reel them in as fast as we can and the boat Captain releases them without them ever getting out of the water. There are awesome awards for the quickest release and we get to help a lot of other kids.” 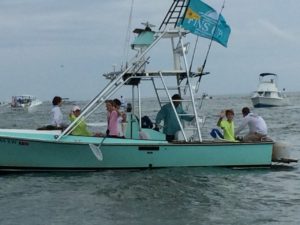 Kids helping kids. That’s the goal of the popular local tournament directed by Boca Grande Charities, Inc. board members Capt. Sandy Melvin, the owner of a popular sportswear shop on Gasparilla Island and Bill Klettke, education consultant. “Our goals are to help kids in need and teach conservation. We want to help as many kids as we can. We donate 100% of the funds raised to help hundreds of children each year in the Southwest Florida area.  That’s what it’s all about, kids helping kids,” says Captain Sandy.

With an average angler age of 11, average release time of nine minutes, and more than $184,000 donated to children’s charities, the Gasparilla Island Kids Classic is definitely making a difference. 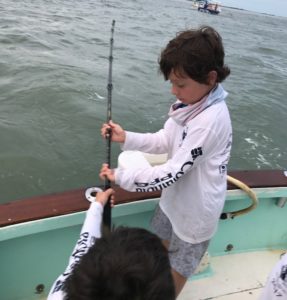 The full-day event kicks off with complimentary food and drink, exhibits and an interactive family art show. Then just prior to the start of competition, a local high school ROTC presents our nation’s colors and National Anthem.  Saluting our troops and veterans, the Charlotte County Warbirds vintage aircraft club delights the crowd with a fly over to officially start the tournament.  The three-hour competition concludes with an awards celebration that recognizes teams with the most official releases, all kids who had an official release, and the individuals with the shortest time-to-release.

Margaritaville first became involved in the tournament last year with their sponsorship of the “FINtastic 4” team. After learning the difference this event makes in the lives of children all over Southwest Florida, Margaritaville signed on as a platinum sponsor for the 2017 Gasparilla Island Kids Classic Tarpon Tournament. To continue Fishing for Change for these worthwhile charities, Margaritaville plans to stay involved in this event for many years to come.