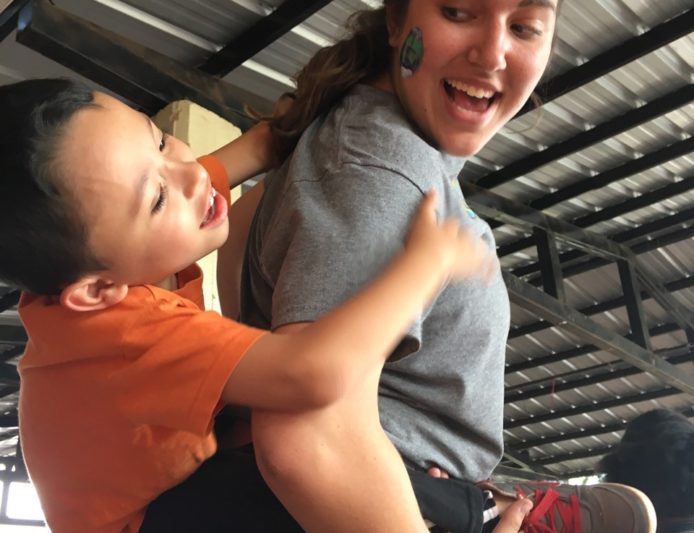 In mid-April I went to Tegucigapla, Honduras, for my spring break. I worked on a Missions Team with nine other students from my school, Elmira College. We stayed at the ministries’ home for 11 days and 10 nights. We spent most of our days working at a school for higher education where we painted and sanded two stories of a building. We interacted with the children at the school and the ministries’ youth group. 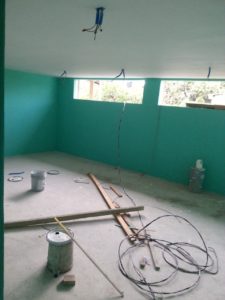 There were known struggles for the children at home and at school, but it was amazing to see all the kids so full of energy, so lovable, and so happy to see our Missions Team.

The country faces issues with its economy and its environment. The citizens cannot drink water out of the tap and the government restricts the amount of water each household receives as there are many droughts throughout the year. There is also an issue with their garbage disposal. There is no such thing as recycling and garbage lines the roads – this makes me sad. The capital is known for gang violence and it is one of the worst areas in the world for it. Due to the violence, a majority of the buildings are enclosed with barbed wire or have security personnel at the entrance. People can be seen digging through the garbage for the basic life necessities.

As for the students, there are no school buses, and therefore they walk to school. The government does not provide the school with a working budget as it only pays for the administration salaries. The children lack basic necessities such as writing utensils, paper, textbooks, etc. There is a little store located by the cafeteria where students are able to make purchases of school supplies. In an effort, to help with school supplies our Missions Team collected coloring books and crayons to give to the children. 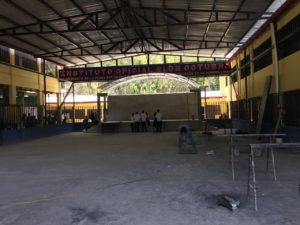 In addition to everything that the children experience on a day-to-day basis, there was a conflict with the Missions Team. There was a language barrier, as a few of us knew very little Spanish, but we were able to communicate with gestures. While working at the school, a few girls approached my friend and myself. They asked us first in Spanish then in broken English if we would be their friends. The following days, the girls would come over and see us and say hi. A few times the kids seemed to get upset when we did not understand what they were saying. We would ask them to repeat what they said multiple times to try and decipher what they needed.

We played soccer with the youth group…the kids were beyond thrilled to be playing with us, even though we were no competition for them!

On Saturdays there is an established gathering at an elementary school in the “barrio” (neighborhood in Spanish) where we gave our fair share of piggy back rides. Some children would point to the ground, resulting in members of our team kneeling down. The kids would then jump on our back and we would go off running with them holding on tightly. There were other kids that simply wanted to play tag or even have their faces painted. The kids had snack time where we passed out donuts, juice, coloring books and crayons to every student. Snack time put even bigger smiles on their faces. The children just wanted to be in our company and interact with us, yet they were at peace with everything occurring around them.

The children we met reminded me of Margaritaville because of their joy and how relaxed but energized they were. And, spending my spring break helping others and seeing everyone filled with happiness, put me in the Margaritaville state of mind too.

If Carissa’s story left you inspired, learn how you can sponsor a child in Honduras here.