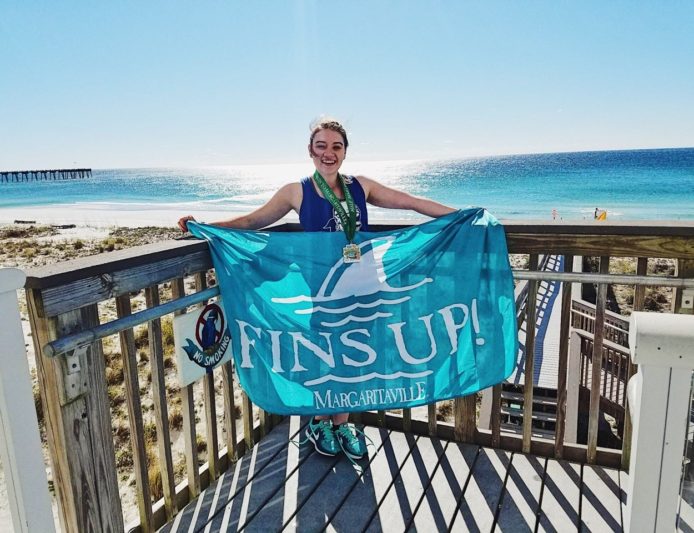 As an avid Jimmy Buffett fan, an avid runner and a Margaritaville University College Ambassador, when I heard about the Run to Margaritaville I could not pass up this opportunity. The second annual Run to Margaritaville was held in Pensacola Beach, Fla., and was the perfect reason for me to take a few days away in the middle of a hectic semester to relax and find my island state of mind! 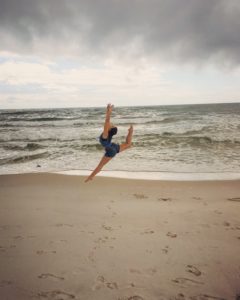 Prior to this event, I’ve only ever heard about Pensacola and never thought to visit there.  But after the weekend, Pensacola is now one of my favorite places. The “southern hospitality” that is often referenced was felt in excess here. Pensacola itself truly did uphold the Margaritaville values…and as a bonus the beaches were absolutely beautiful and the waters of the Gulf of Mexico were a gorgeous aqua!

I stayed at the Margaritaville Beach Hotel for the weekend, and it was stunning. Every staff member I met, from the valet to the Tiki Bar bartender to housekeeping, were exactly what you would expect a Margaritaville employee to be: they were the sweetest, most considerate and kindest staff I have ever encountered. Frank & Lola, the restaurant inside the hotel, was also spectacular. If you’re lucky enough to make it to Frank & Lola, I suggest my favorite dish, the Slider Trio. It gives a nice sampling of a couple different items on the menu and, when you’re in paradise, you have to have a cheeseburger!

In short, if you want to stay in a hotel that is completely overpriced, where the staff simply are there to do their jobs, and where the other guest are not friendly…the Margaritaville Beach Hotel is NOT for you!

And now for the main purpose of my trip – the 13.1 miles I committed myself to. The second annual Run to Margaritaville was on Sunday, October 29th, adjacent to Pensacola Beach. The run was a huge success, even if the weather did not cooperate. It. Was. Cold. But, this did not stop more than 500 participants from running and walking the 5k and half marathon!

The other runners were awesome, and the staff on this day made it so special. Along with the fun, this half was extremely scenic; it was jaw droopingly stunning. 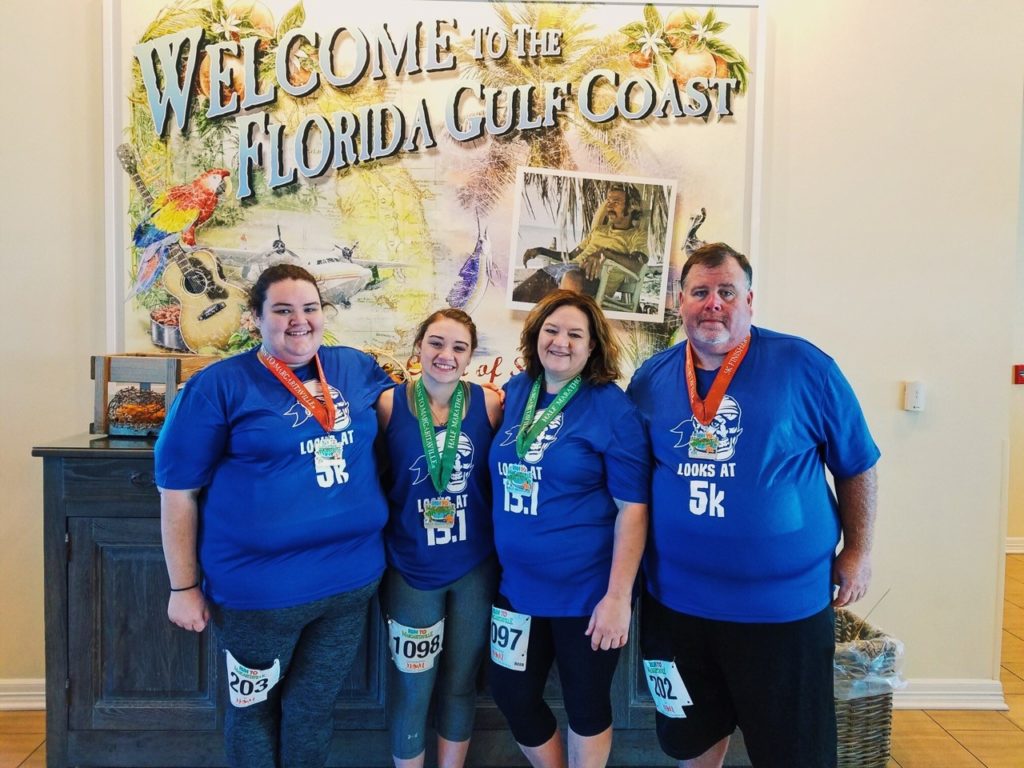 Each runner received a finisher medal (with a running parrot!), and their choice of a t-shirt or a custom Tervis Tumbler (they were all sick!)!! And in true Margaritaville style, the real FIN began after the race at LandShark Landing for the tailgate party!

Also, a portion of the proceeds from the race benefited Team Red, White, and Blue. A representative from the organization was onsite to answer questions and sign up members.

Team Red, White, and Blue is a nonprofit organization whose mission is to enrich the lives of America’s veterans by connecting them to their community through physical and social activity.

This was the most fun I’ve had running a half and I’ll see you again soon, Pensacola!