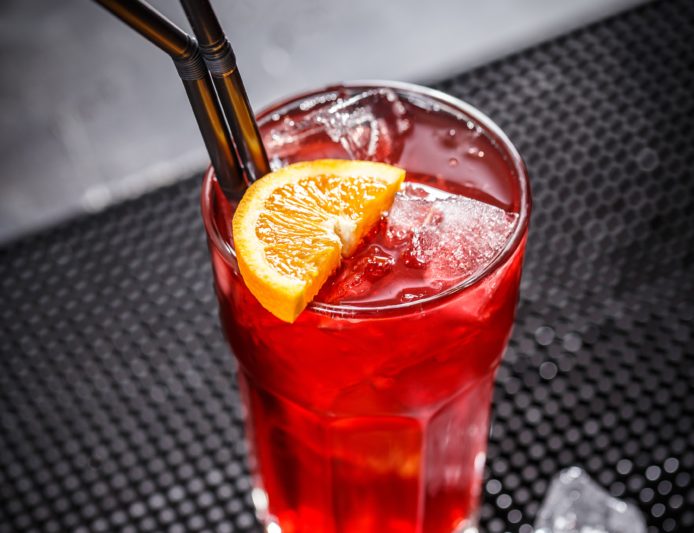 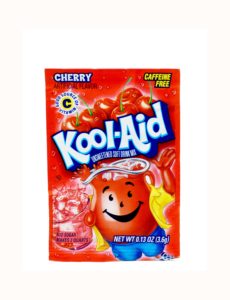 sugary delicious beverage while playing with friends. Who’s to say that these childhood memories can’t become new adult memories? In honor of having fun and creating new memories with friends, we bring you the Kool-Aid Caddy in Nebraska.

The history of Kool-Aid starts in Hastings, Nebraska in 1927. A young man named Edwin Perkins was determined to remove the liquid from its predecessor, Fruit Smack, leaving only a powder substance. Edwin sold this product to grocery stores promising 10 glasses of the beverage for only 10 cents. The demand quickly grew for Kool-Aid around the world and he moved production to Chicago in 1931. General Foods bought his company in 1953.

The six original Kool-Aid flavors were cherry, grape, lemon-lime, orange, raspberry and strawberry. Today, there are more than 90 flavors available.

The Kool-Aid Caddy cocktail is a grown-up twist to the classic beverage. You can’t go wrong adding vodka to any Kool-Aid flavor, so we encourage you to experiment. To get you started, we suggest starting with Tropical Punch.

Enjoy and don’t forget to wash off that mustache!

Directions
Mix Kool-Aid with water according to directions on the packet. Pour vodka into a glass. Add equal parts orange juice and Kool-Aid mix until glass is full. Stir well and serve chilled.