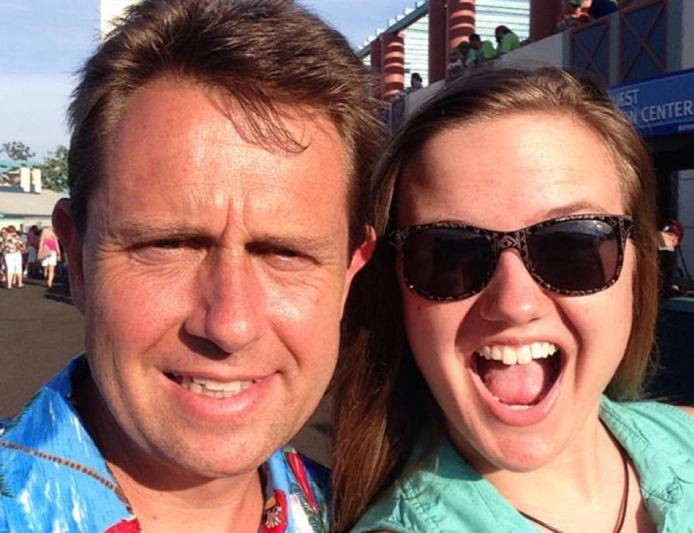 At 21 years old, I can’t say that I’ve ever had a moment in my life when I didn’t know who Jimmy Buffett was. Both of my parents embraced his music and the tropical lifestyle it encompassed, so I was gifted with living on island time from the very beginning. For those who weren’t raised by Buffett fans, let me enlighten you to the stages you go through during the first couple decades of your life.

(1) First getting introduced to Jimmy Buffett. 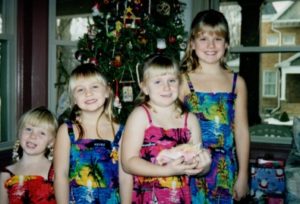 Your parents dressed you like you would expect a baby parrothead, aka a parakeet, to dress – complete with a tiny Cheeseburger in Paradise t-shirt that now only fits teddy bears.

This stage is critical to the development of a young parakeet. You learn to accept it all without fully knowing what it is or what any of it means.

(2) Learning songs by heart before being able to read.
I remember learning the words to “Why Don’t We Get Drunk” as “Why Don’t We Get Drums and Screws?” to preserve my four-year-old mind before even learning most basic vocabulary and grammar rules. My little sister’s rendition of “Ooh, Montgomwy!” from “Stars Fell on Alabama” was a classic at our house before she could even say all of our names correctly.

During this stage, my three sisters and I were also really into Dancing with the Stars, so we would pair up and make up routines as our slowly-developing coordination would allow us. I swear, our dance to “Party at the End of the World” would have won the disco ball trophy at the end of the show. 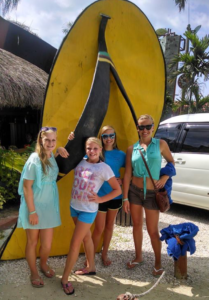 (3) Growing out of Buffett.
Maybe you weren’t expecting this stage, but at some point in time you may decide it’s some sort of old people music that could never hold a flame to Hannah Montana and the Jonas Brothers. “Burning Up” and “Nobody’s Perfect” are obviously better than “Gypsies in the Palace”…right? Heaven forbid your friends knew you listened to “Cheeseburger in Paradise,” otherwise your music tastes would be questioned and you wouldn’t be able to pick the music for your sleepovers anymore.

However, during this stage you still have a hint of Jimmy singing inside of you. You can suppress it as much as you want, but you secretly got excited when you read Hoot by Carl Hiaasen in sixth grade English and found out Jimmy Buffett was going to be in the movie. I couldn’t get too excited about it though, because that was something that my parents thought was cool so I couldn’t be that into it, too. It would be a preteen faux-pas to like something my parents were into.

(4) You can take Buffett or leave him, it doesn’t matter to you.
This stage is probably the most transitory stage in the process. This occurred for me mostly in high school. You don’t think twice about Jimmy’s music, but you still know it. It’s the kind of thing where you don’t listen to it actively on your own but can sing along at a moment’s notice if your mom has “Barometer Soup” on in the car. I don’t know about everyone else, but I was way too busy in high school to stop, relax and try to understand all the stories Mr. Buffett could tell. (Except for “Math Suks”…that was definitely my jam when I took high school calculus.)

(5) When you find out that YOU ARE the people your parents warned us about. 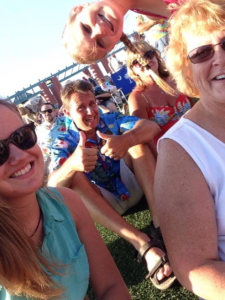 In this final, epiphany-like phase, you return to the Margaritaville state of mind. We’ve had a tiki bar at my house for as long as I can remember, but I never really thought twice about it. As I got older, I began to sip some drinks with my family at the tiki bar, enjoying the company and listening to the music playing over the loud speakers. I began to truly appreciate the lifestyle that my parents raised me to know, accompanied by the soundtrack of “Margaritaville” and “Fins,” or my personal favorite, “Reggabilly Hill.”

Very few things came to beat those nights with a gentle summer breeze blowing, a cold margarita in my hand and my family and friends surrounding me. It truly made me understand what being a Parrothead was all about.

Now, I know that with a name like Margarita and parents that made sure I was literally born with a Buffett song in the background (“Fruitcakes,” if you’re curious), I was basically destined to be a Parrothead. That being true, I definitely needed to figure out how to get to St. Somewhere on my own through the Port of Indecision. And, I am certainly happy I finally found it.