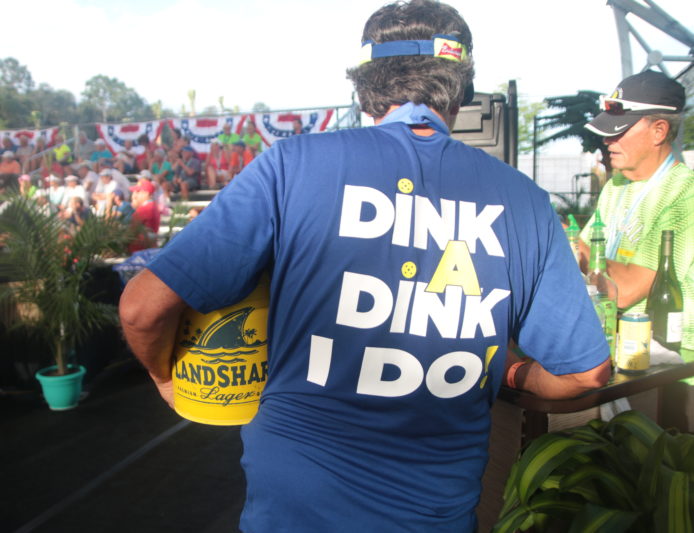 The Minto US Open Pickleball Championships are around the corner and this year, it’s powered by Margaritaville! This paddle sport combines aspects of ping-pong, badminton and tennis to form a game that is fun for all ages, all year long. And, especially with Margaritaville present, it’s a party with a sport showcased.

If you were there with us last year, cheering on almost 1,300 participants at the License to Chill Lounge, then you already know how the game is played. So to up your game this year, let’s learn some of the out-of-the-court Pickleball terminology:

Ace: A serve that is so epic, the opponent cannot return it and a point is won.

Dillball: Shot that is inbounds and had bounced once: a live ball. ​

Dink Shot: A soft shot and falls into your competitor’s kitchen. (Find out what the kitchen is below!)

Falafel:  No, this is not the delicious fried food. A falafel in pickleball is a shot that falls short due to hitting the pickleball ball without any power. Also known as a “dead paddle”.

Flabjack: A shot that must bounce once before it can be hit. This occurs during the first two shots of any point. (After the third shot no bounce is necessary).

Kitchen: Slang term for the Non-Volley Zone.​ This 7-foot section of court is on either side of the net and players are not allowed to volley the ball in this zone.

OPA!:  A cheer often shouted out after the 3rd shot has been hit and open volleying has begun. ​

Pickle!: A server shouts “Pickle!” to let all the other players know that they are about to serve. ​

Pickled: When a team scores zero points in a whole game. You’ve been pickled.

Pickledome:  The court where the championship match in a pickleball tournament is played. Find the License to Chill Lounge near here!

Pickler:  A pickleball addict. Can’t stop talking about the sport? Are you dreaming of pickleball? You’re probably a pickler…

Poach: When playing doubles, a poach is to cross over into your partner’s side of the court to hit a shot.

Smash: ​A shot that is hit above the hitter’s head a.k.a. a cooler way of saying an overhead shot.

Volley Llama: An illegal move, or fault, where a player hits a shot in the Non-Volley Zone. ​

And there you have it! Whether you’re scoring aces or getting pickled, playing pickleball is guaranteed to be a good time. 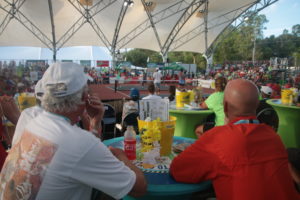 Ready to take on the world’s best pickleball players? Or at least party with them at the tournament’s License to Chill Lounge and LandShark Beer Garden?

The Minto US Open Pickleball Championships takes place April 21-29th in Naples, Florida. Get all the tournament details at USOpenPickleballChampionship.com.