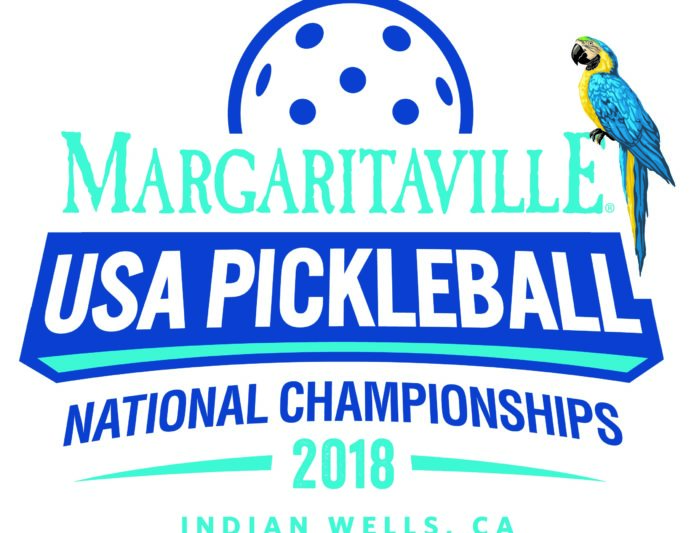 Margaritaville Holdings today announced a partnership with ESPN, giving fans front row access to tune in to the 2018 Margaritaville USA Pickleball National Championships – regardless of their current latitude. Hosted by tennis legends Luke and Murphy Jensen, the must-see dynamic 1993 French Open Doubles Champions, the live broadcast will air from 4-8 p.m. EST this Thursday, November 8 through Sunday, 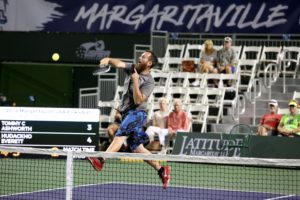 November 11 on ESPN3. A one-hour special will debut at 3 p.m. EST Sunday, November 25 on ESPNEWS and re-air on the same network at 1 p.m. EST Saturday, December 22.

“We’re thrilled to announce our collaboration with ESPN, making it possible for viewers at home to join in on all of the fun and excitement around this growing sport,” said Tamara Baldanza-Dekker, Margaritaville’s chief marketing officer. “Whether watching at home or experiencing the event in person, spectators are in for a great time. Fins Up, Paddles Up!”

The 2018 Margaritaville USA Pickleball National Championships – expected to draw approximately 2,500 players of all ages and skill levels – is currently being held at the Indian Wells Tennis Garden in partnership with sports and entertainment management company Desert Champions and the United States Pickleball Association (USAPA). Margaritaville is the title sponsor of the premier sanctioned tournament of the USAPA.

Nine days of events include singles, doubles, mixed doubles and professional division matches. The Indian Wells Tennis Garden features 44 match courts as well as a Championship Court, all of which showcase Margaritaville branding, as will the on-site Shade Pavilion and Bar. 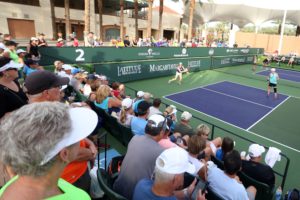 Live music, the centerpiece of the Margaritaville brand, will take place each day, along with exciting Margaritaville-inspired activities and promotions. The tournament’s livestream will feature the same fun, excitement and surprises, making viewers feel like they are in California in the Margaritaville state of mind.

Admission to the grounds and to the 44 field courts is free. Tickets to the Championship Court are available for purchase at USAPickleballNationalChampionships.com. Those unable to attend can stream live coverage available on WatchESPN and the ESPN App. It should also be noted that the above broadcast schedule is subject to change.

Wheel of Fortune and Latitude Margaritaville are once again making it possible for a lucky viewer to win a new “Home Sweet Home.” For the second year in a row, America’s Game® is partnering with Minto Communities and Margaritaville to give away a